Ode to a marriage and to the pits in our stomachs 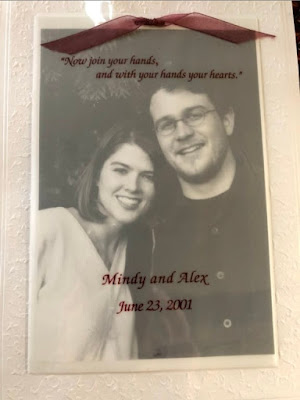 I disappeared for a long bit, yes, and in a blogger that is usually the sign of something sad -- or of just being over the blog.

I'm of the sad sort. I could never quit you happily, blog. It just felt disingenuous to continue writing about Alaska, or about the regular ridiculousness of life, without addressing the biggest thing. Yet I wasn't quite ready to address the biggest thing until right now, wasn't sure I would do it justice with words, and wanted to make sure I could honor everyone involved before I sat down to write it.

But boom, here it is. Alex and I separated after the Alaska trip. Boooooom. 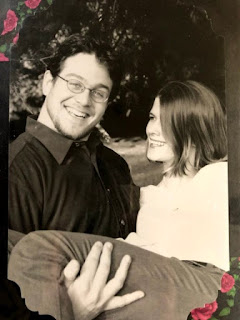 It's been nearly six months since Alex moved out. I'm not going to get into how hard our past year has been, how hard, honestly, it's been since we returned from Mexico. There was a pit in my stomach every day since then, with many reasons why. But I knew something had gone way bad, something had changed, and that my ability to live with Al, my partner of over 20 years, had been taxed to the point of no return. I won't go into details here out of respect for all of us. The details are between me and Al and shall remain that way. 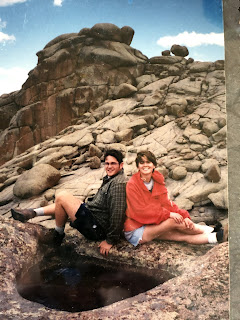 Alex is my friend. I hope he always remains my friend. He moved into a loft apartment nearby, within walking distance, and he and I are sharing time with the kids, sharing life in a different way than before, yet still sharing it. 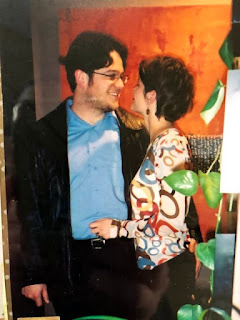 He comes over once a week for family dinner and has the kids every other weekend. We've taken trips together since our separation. Here is a very awkward family photo we took in Vancouver, BC at Christmas -- 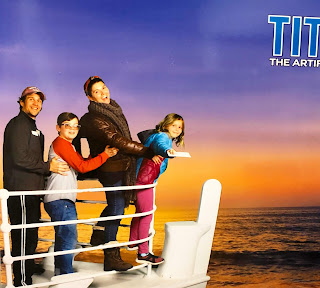 We just wanted to help Coco become King of the World
at the Titanic exhibit
but it turned out weird.

I'm not sure if it's the right thing, seeing each other as often as we do. Maybe we're too afraid to sever our daily ties for real. It feels scary sometimes out there without our backup of 20+ years. We are meeting up again for a part of Spring Break at the tail end of another of my ambitious road trips with the kids. I cannot wait to hit the road because hot damn I need some long stretches of road right now. 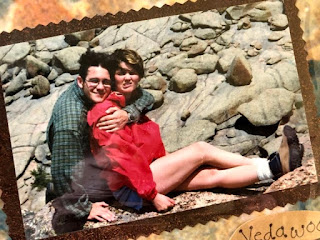 I think it's OK. And I think it will change. Al and I won't always need each other this way. With time, our relationship will naturally grow more distant. Mindy and Alex have been a thing since 1998. It's hard and devastatingly sad to move on but it has to happen. Someday I will have no idea what he does with his days. And he will have no idea what I do with mine. 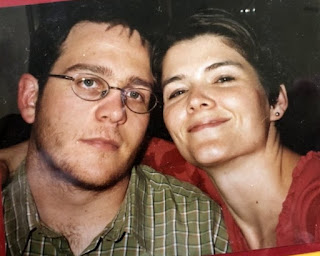 2002
We were trying to look badass
but I'm not much good at that.

Alex and I knew we would separate soon during the Alaska adventure. I am so grateful we still took the trip. Al and I had some great laughs throughout. One long drive on the Kenai Peninsula stands out in particular. when we laughed so hard we had to get out of the Winnie B and run up and down alongside the road taking videos of each other being assholes. What a drive. Sometimes we would just look at each other in the middle of a beautiful place, and feel the tragedy of it, and hug for a good long time. The kids took this as regular everyday affection between parents and rolled their eyes but they had no idea it was one in a long series of goodbyes. 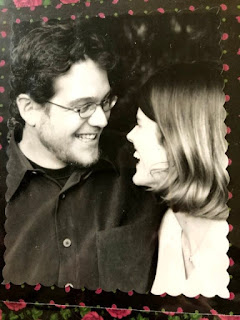 Al and I had a good cry together the Saturday morning we told the kids. The kids were off watching TV as we sat at the kitchen counter, grasped each others forearms and wept silently, bracing ourselves for the conversation to come. We were about to change everything for them. That was as hard a day for us as a family as we've ever had. When we finally stood up and called them to the family table, the kids were surprisingly not surprised. Lucien said later he was a little relieved to know what was going on, that he "knew it." Sometimes kids feel pits in their stomachs, too, but don't have words for it. 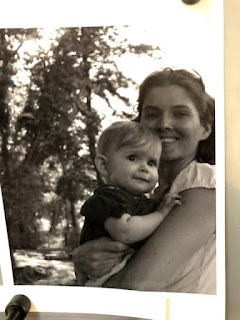 Our baby Coco girl in France.
Our semi-disastrous summer trip to Picardie in 2010.
Because Lucien was bleeding profusely ten minutes after arrival
and required stitches.

The kids are good. It has been many months of processing and talking, often late into the night, fielding their sad or angry feelings and hugging and saying "I'm so sorry" a lot. Lucien has a therapist now, per his request, because he was having a hard time. He's doing better now and is his usual optimistic funny self most days. He still sees the therapist. He's also still obsessed with ants, is growing his own colony with a long-saved-for queen ant and her handful of workers. Bobo is still alive though moving very, very slowly. Lucien is 13 and in seventh grade and dealing with all such issues contained therein. He is still quirky and funny and smart and awesome. Not a day goes by I don't admire and adore that warm-souled child. 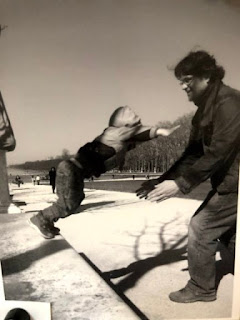 The Loosh with Daddy at Versailles so, so long ago.

Coco is good, too. She's younger, and may not fully get the bigger picture of what all this means. She says "Daddy traveled and worked all the time anyway so it isn't much different he's always somewhere else." I've told her it's OK if someday if feels more sad, more different, than just the usual work travel schedule.

I've often told her the best part of my day is the very early morning when I wake her up. She's a reluctant waker, my Coco girl, and I get to kiss her soft sweet face a million times before she starts batting me off with, "Mom, STOP IT!" Coco is not a morning person, you see.

She is in the drama club now, and is passionate about the environment. She's traveling with her environment club to Olympia to give testimony before the Washington State Senate about climate change and saving our local endangered Orca pod, and raise some hell about how they'd like an Earth hospitable to their growth and well being well into the future. I am so proud of that pistol. 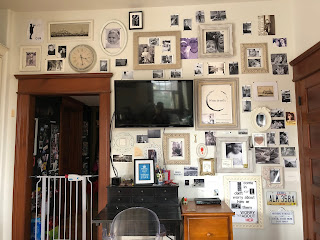 I am often in my kitchen. The above picture is the wall in my kitchen. I stare at it every day while doing dishes or making dinner and depending on the day I am full of sadness and/or full of joy. All of the pictures on this wall happened because Alex and I met long ago and got married and took each other on in all of our imperfect glory. It wasn't for nothing, our marriage. It was for everything. 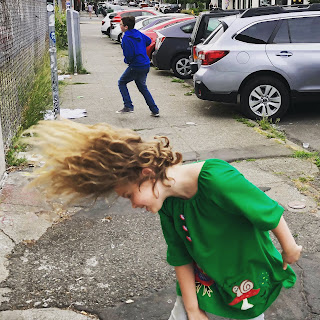 I am relieved to have reached a friendly plateau months after the initial upheaval. Alex and I get along better now with space between us, and the kids have settled back into the rhythms of their lives and seem cheerful as usual. They tell me they're OK when I ask how they're doing, that they've gotten used to our new schedule and are happy we can still all spend time together as a family. I hope that's true. Al and I are absolutely committed to doing the best we can by them. 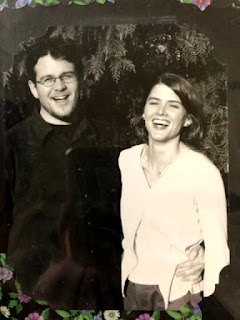 Sometimes there is crazy love. And then sometimes. far off in the future. for whatever reasons, that love fades and it's just over. I never thought it would happen to us and didn't want to acknowledge its presence for a long time but sometimes the pit in your stomach starts getting fidgety, trying to break out of you so it can jump up and down in front of your face and shout, "Helllooooooo? What are you even DOING?"

The pit is gone now, the one I lived with for a long time, desperate to make everything OK and keep it together and make things work. Sadness is in its place, and fear sometimes. But the pit is worse than all that, a nagging thing that constantly reminds you you're stuck in limbo and something isn't right. The body sometimes steps in and says, "Woman, this isn't working, you gotta change this shit up" until it eases and says, "Woman, it's hard as hell but you are on the right path."

The body knows even when the mind is in denial. 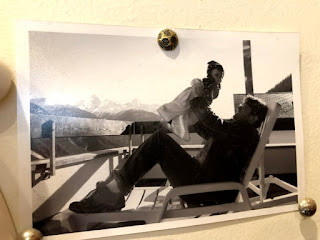 Alex and the baby Coco girl in Switzerland

Even knowing what I know today, I would still marry Al way back when, with full knowledge of how it all ended up. It has been such an incredible journey with this man. The best adventures, the most stepping outside of myself, the having of the most amazing of children. Even absorbing how sad I am now, I would do it again. He was my companion on the journey for a good long time even if he wasn't my companion until the very end. 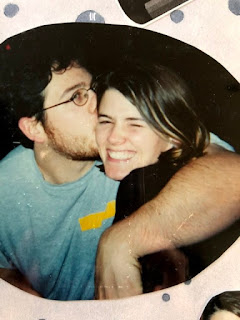 I love you, Al. I'm so sad for where we ended up but thanks for it all.
Now let's raise these kids up right good

Marriage may not be forever, mes choux, but love is.
MJ


PS. Now that it's out in the open and I'm breathing regularly again, I just may be back here soon writing the rest of Alaska. And writing about my foster puppies (I'm on number four now and she's a doozy). And the beauty that continues on the regular in the raising of kids and living amongst the best community of friends a woman could hope for. It feels like the 40s have not been kind to any of us lately but we're getting by with a little help from our friends.