I recently found several boxes of old photos under our bed.  The photos held events and people spanning from my childhood up to the year I bought a digital camera, at which point all photos disappear.  I should really print those damn things because it looks like my life ended in '03.

Do you remember the days when you used to take a picture and you wouldn't know how it turned out until weeks or months later when you finally had the film developed and realized it was out of focus, your eyes were closed, or your idiot brother couldn't center a photo to save his life?

Boxes of old photos tell many stories. In my case, the photos told stories of love - love between family members and neighbors and true friends, not to mention love of the romantic variety.

Man, I miss some of those guys.

I digress.  Most importantly, my box of photos told the epic tale of Alex and MJ, a love that happened between two stupid little people from different countries, different languages, different pretty much everything. 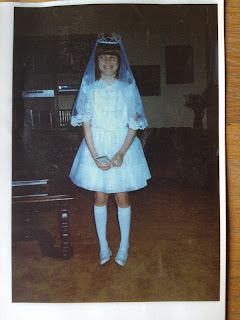 A little later, I was busy being hilarious with my family in Antelope Canyon -- 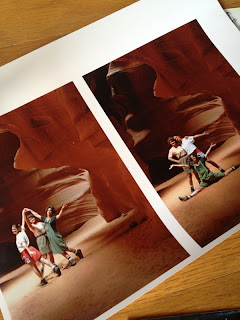 ...while Alex was busy wearing shorts like these on top of a mountain -- 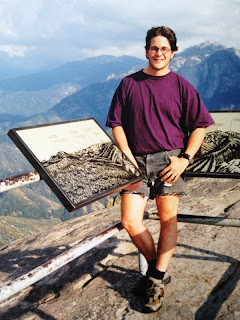 Alex volunteered at a place called L'Arche, a worldwide network of communities that care for adults with developmental disabilities.  It turns out Alex was really, really good at it -- 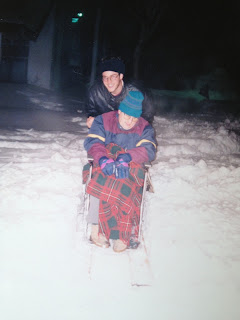 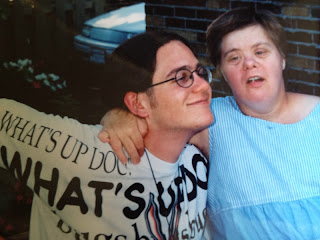 And he wore awesome "What's up Doc?" shirts

Around the same time, Alex met a man with muscular dystrophy who needed an assistant.  He needed help getting around, especially traveling, which he loved.  Alex became his assistant and near-constant companion.  The man's name was Mario -- 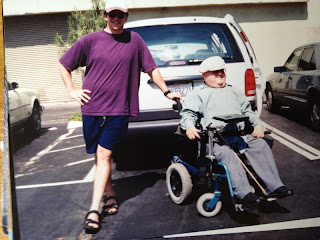 Mario was smart and successful and funny and charming.  He had lots of girlfriends.  He and Alex were kindred spirits.  Each considered the other his best friend in the world. 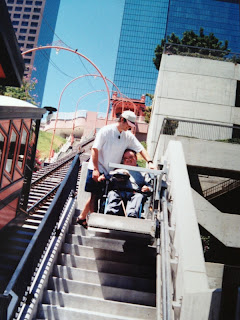 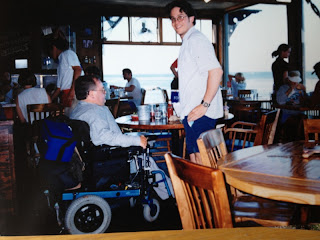 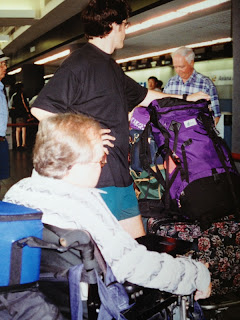 So Alex did.  He moved to British Columbia where he learned English and continued his work with  L'Arche in the Victoria community -- 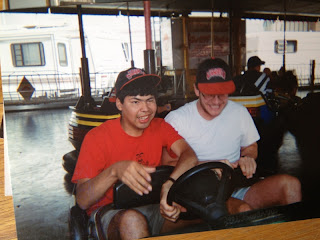 Alex's English-learning flubs are legendary in the Victoria community.  For instance, many people still tell the tale of Alex, who stood up in the middle of the room while leading a Christmas party for people with disabilities and their parents and announced, "OK, everybody, time to rape your presents!"

Meanwhile, someone else was just a few hours south of Victoria in Seattle, also working at L'Arche, also loving where life had taken her -- 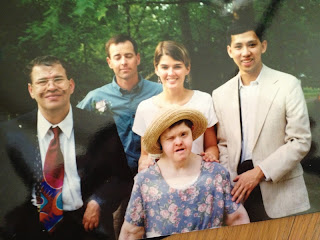 Pat's eyes were closed.  We didn't know that until much later because of film.

Moving to Seattle and working at L'Arche were my finest decisions.  No one can understand if they haven't lived it, but L'Arche -- houses where people with and without disabilities live together -- was family. 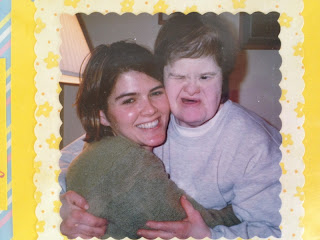 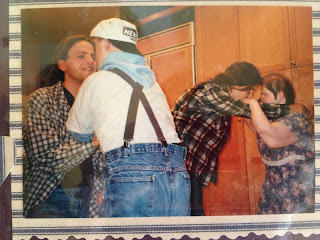 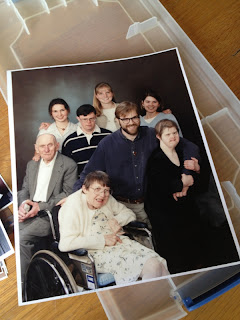 Carol was pissed off when we took this one at the Sears photo studio.  She didn't want to be there and kept trying to leave.  My bear-like friend Dirk there in the middle clamped his arm around her and they hissed at each other out of the corners of their mouths the entire time.  But don't we look happy? 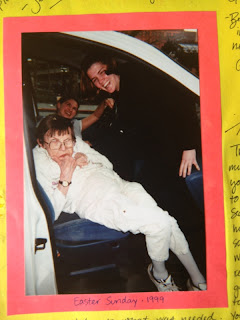 Aah yes, this one.  Marjie was pissed off this time because we couldn't get her out of the car.  Stephanie's leg was pinned under Marjie and I couldn't get a good enough angle to lift her.  All we could do was laugh while Marjie muttered something about
"being surrounded by idiots."


Neighboring L'Ache communities often have retreats together off in the woods.  That's where I met Alex.  To say our eyes met across a crowded retreat center and lingered is no lie.  The attraction was short-lived on my end, though, because soon thereafter Alex led the "icebreaker" portion of the retreat and it was totally obnoxious and inappropriate.

Alex's ideas for good icebreakers were things like hopping around with carrots between our knees then passing the carrots between our co-workers knees.  We also played Musical Chairs but if you had nowhere to sit when the music stopped, you weren't out of the game -- you just had to go sit on someone's lap who still had a chair.

This would all be fun except L'Arche tends to attract a lot of intensely introverted and shy people.  Their embarrassment was palpable.  My director, for instance, was purple-faced and couldn't look at anyone for days.  Either Alex hadn't considered his audience, or he'd considered them very seriously and decided to embarrass them all anyway. (Now that I know him well...the answer is most definitely the latter.)

Either way, if you'd told me at that point I was going to marry that loud obnoxious guy, it's likely I would have punched you in the face.

It could have ended there.  But on the last morning of the retreat, a couple hours before we left for home, I watched Alex's director run to him, put her arms around him, and say something.  And then Alex collapsed.

The retreat center had received a call from Alex's family.  Mario had died in Quebec.

Everyone was hushed as we packed our things, milled around Alex and his intense grief, and tried to say the right things.  I hugged him, told him I was sorry, and we went home to our respective cities.

The loud guy with the touching friendship with the older guy in a wheelchair stuck in my mind.  I wrote Alex a couple weeks later to see how he was doing.  He wrote back.  Then we called each other.  Then he came to visit.  And then he was my boyfriend. 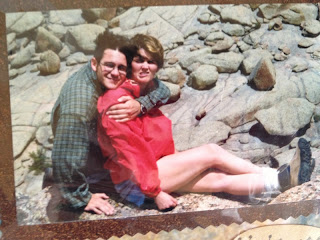 
Part Two coming up. This sh*t's just starting to get good.

And P.S.  -- Listen up, everybody, Google Reader is going bye-bye July 1st.  To continue following Seattle Moxie via a blog reader, try bloglovin or feedly.  Feedly is especially great with its fancy one-button migration tool.

I'm going to miss you, Google Reader.  We really had something special.