Our annual adults-only Banister Abbey Halloween party is happening in a week and a half.  The weeks leading up to this event are tense ones in our house, especially for the children.  Lucien and Coco come home from long days at school only to be confronted by objects like these: 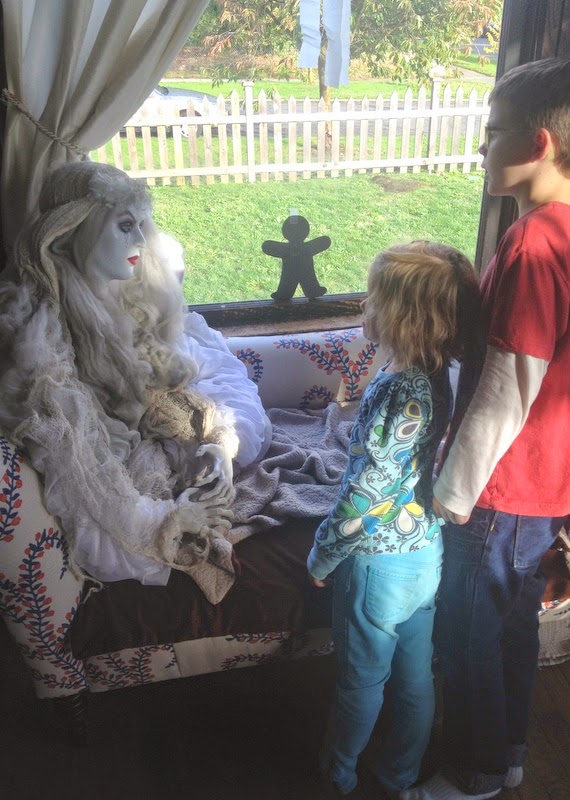 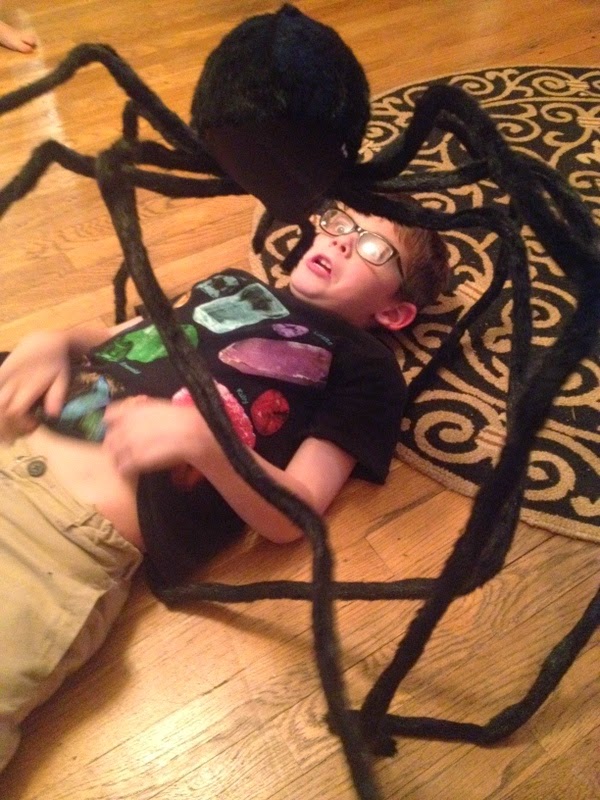 The kids are also fed things like this for dinner while I stand over them and ask, "Do these look like bloody severed fingers to you?" 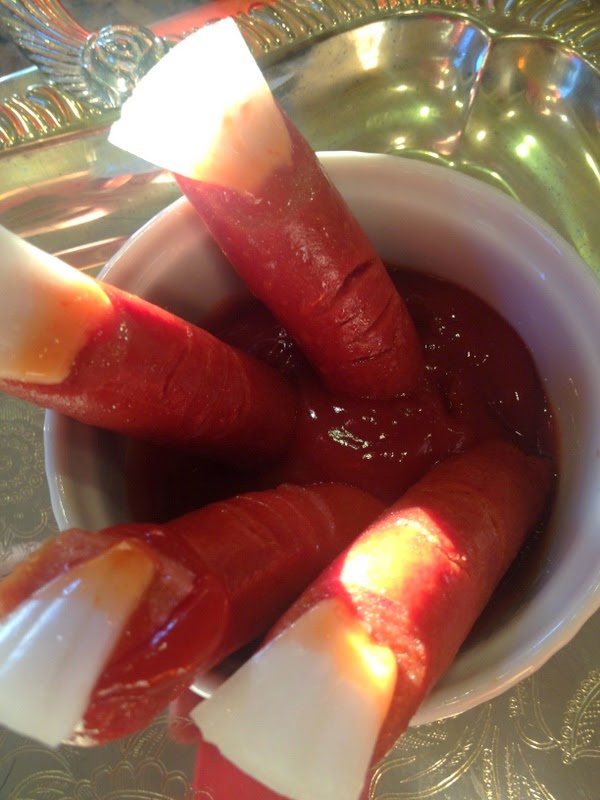 Why aren't you guys eating?


The kids have been awfully jumpy lately.

I hired a tarot card reader for this year's party.  It was the first time I'd interviewed a tarot card reader and I had no idea what to ask.  I figured my opening question should be, "Are you full of sh*t?" hoping the fakes and crackpots would then hang their heads in shame, shuffle their feet and mumble, "Dang, you got me."  It seemed as good a place to start as any.

I didn't end up asking that.  Instead, as I sipped my grande americano at my favorite Starbucks, I was treated to a fascinating history of the tarot and how it works for this gentleman in particular.  He seemed completely sane and passionate about his tarot work.  And bonus -- he can talk to trees!  That was welcome news; I've got an Alder out back that's been reclusive lately and I'd like to know what's bugging it.

In my search for Halloween party entertainment, I also talked to a numerologist who gave me a reading over the phone.  He pegged me, was right on the nose in his assessment of who I am as a person, yet I still don't believe in numerology.  It shouldn't have surprised him when I didn't hire him -- he had just told me five minutes earlier I was a born cynic and very difficult to sway.

In other news, this is what Lucien chose to wear for his school picture day -- 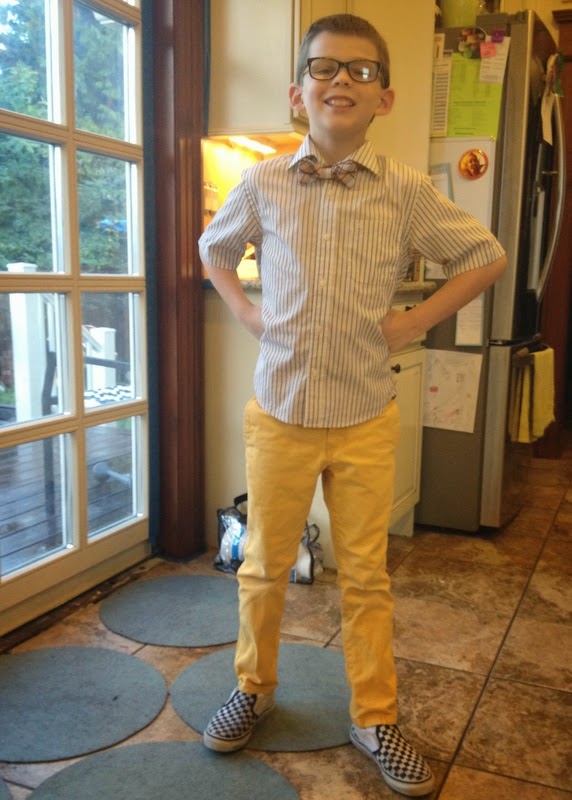 the bowtie really takes it over the top

And I made a bowl-like object in my pottery class -- And Supermodel Neighbor has saved the day regarding the continuing work on Banister Abbey.  He may live in Portland now but he has heeded my long distance plea for help several times and remains my most loyal and unbroken contractor.  (I've broken several other contractors, you see, and have no idea where they've scampered off to because they're very good hiders.) 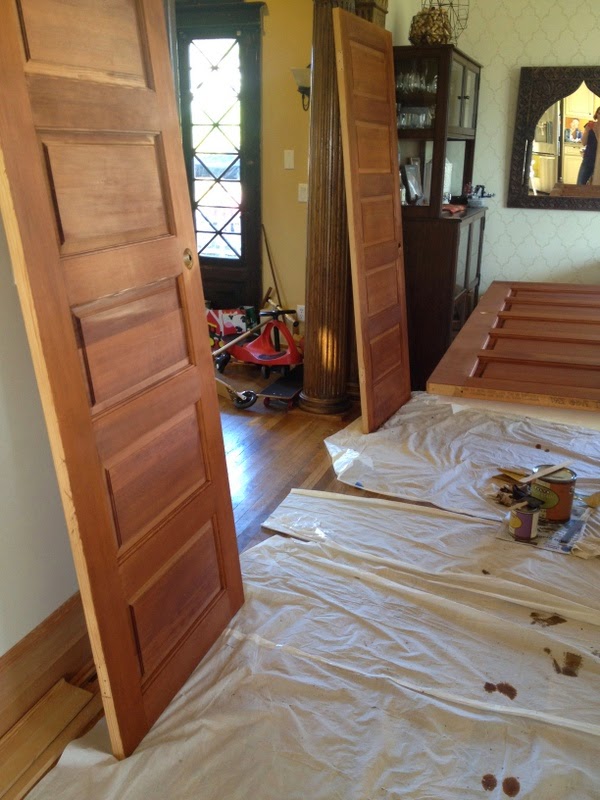 For weeks now my house has smelled like wood stain and bacon -- wood stain because Supermodel Neighbor and I have conditioned/dyed/stained/sealed several new doors and miles of new wood trim, and bacon because it's delicious.

Here's a couple before and afters to celebrate this fumey period in our lives.  The kitchen has always bothered me because everything is new.  The previous owner left no hint of the original character of the kitchen when he remodeled it.  So we decided to fake the character.  Thanks to Supermodel Neighbor's knowledge and his continued gentle redirection of MJ when she bought the wrong product (often), I learned brand new wood can instill old character when finished properly. 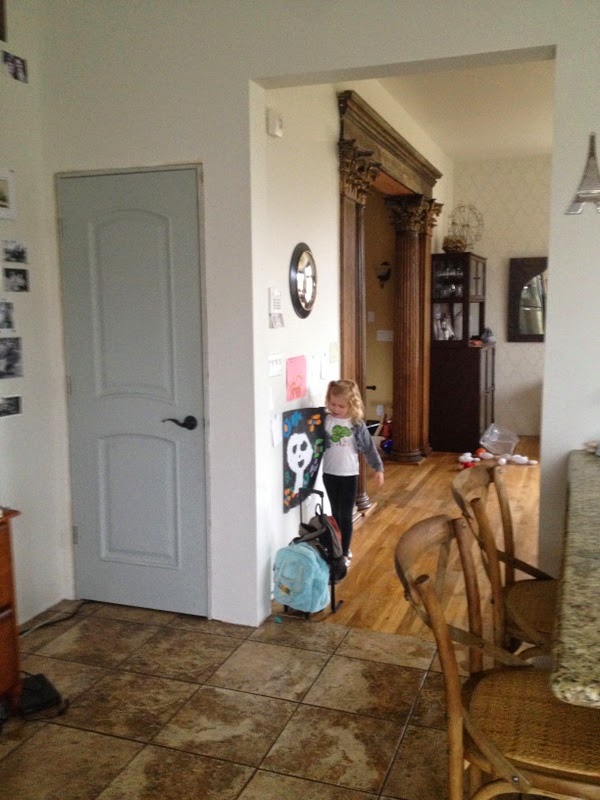 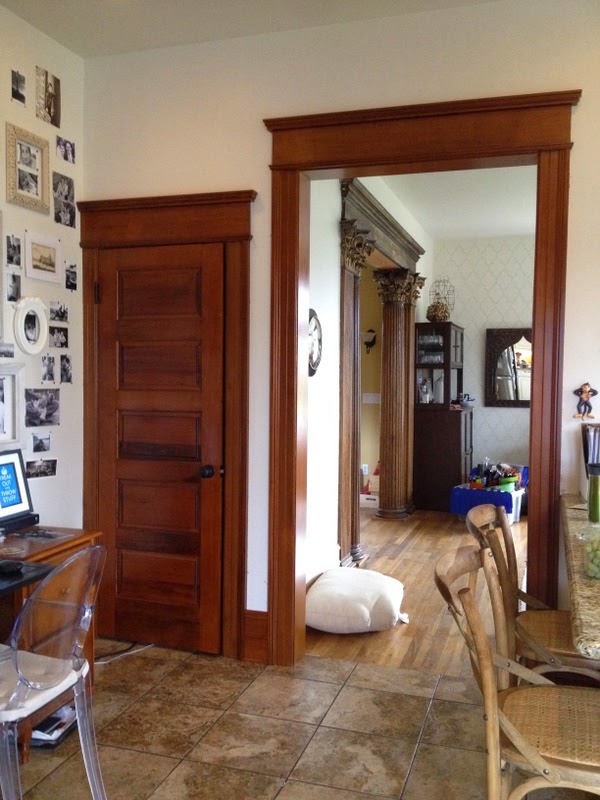 The previous owner also installed cheap hollow-core doors all over the place.  We are one-by-one taking those down and replacing them with five-panel fir doors, as the gods intended it to be in houses as old as Banister Abbey. 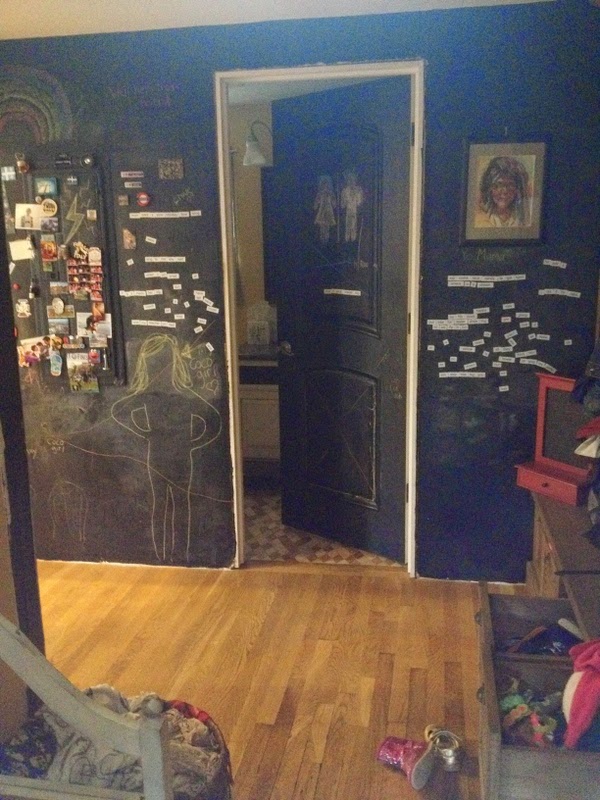 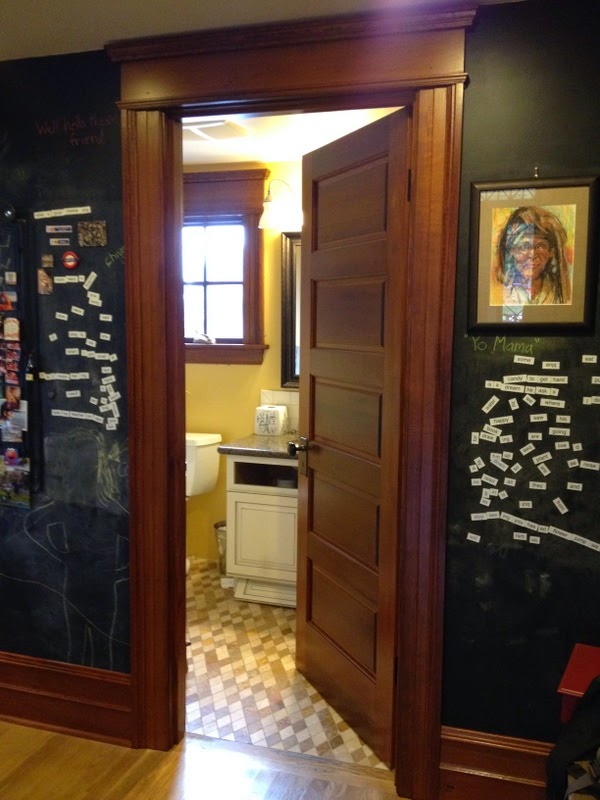 It's good to have loyal unbreakable friends in the carpentry business.

Alex and I, for reasons we don't understand other than we're pretty random, ended up at an Ethiopian sports bar for the game.  We were the only non-Ethiopians in the place.  The air was thick with accents and the smell of Ethiopian food.  Al and I have never been the only white people in a bar before.  Nobody seemed to give much of a rip about the whiteness in their midst so we happily settled in for the long haul and ordered some of that Ethiopian spongy bread smothered in lamb and onions.

It's not what I would consider "bar food" but I'm not Ethiopian so what the hell do I know. 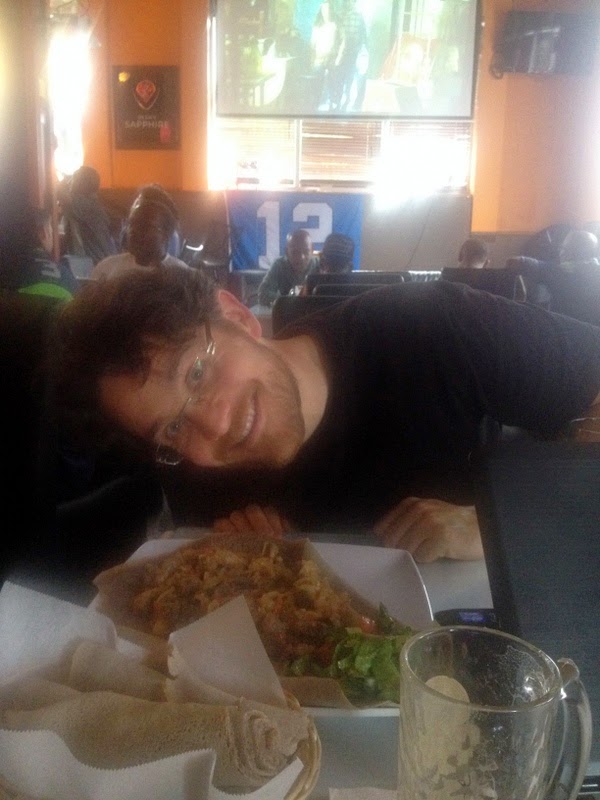 The game was abysmal and depressing but the company was good.  One man sitting next to us was such a fanatical Seahawks fan he could not sit still.  Whenever the Hawks eff'd up (often) he began pacing back and forth next to our table, wringing his hands and shouting, "That's just baaaad business!  That's just baaaaad business!"

Also, when the Seahawks challenged a catch made by the Cowboys -- it was obviously a legitimate catch and was a dumb thing to challenge -- the guy paced around waving his arms and  yelling, "Awwww no! That was a love-ly catch, a love-ly catch."

I now use both these phrases, much to Alex's delight, often and repetitively and loudly.


I'm very busy, have to get back to curating my Halloween party playlist and perfecting bloody fingers and entrails and various other disgusting things nobody's going to eat because I am truly that good.
MJ
Posted by MJ at 1:51 PM