Why aren't I in Hawaii right now? 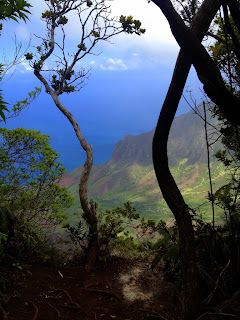 Al and I have returned from our five-day Hawaiian vacation.  Now that we're back home, our slight tans are fading and we can no longer wear bathing suits every day in lieu of clothes.  The post-vacation depression is really settling in nicely.

It's easy to pack for a vacation to Hawaii; all you need are a couple bathing suits and a couple sundresses. Don't bother taking makeup, especially mascara, because after thirty seconds in the ocean you're going to have black streaks running from your eyeballs to your chin and your ghoulish appearance will make small children (actually just Alex) look upon you in horror.

Alex had a harder time packing to leave for Hawaii than I did, as evidenced by his demolishing of our closet and continuous muttering of "some dickhead took my sandals."  He was eventually forced to pack his old Crocs.  It was a painful moment for both of us.

Every time Alex and I leave for vacation without the kids, I am reminded we don't have a written will.  If we die together, we screw everyone and everyone will hate us and want to kill us  (HA too late.)  I therefore never sleep the night before a trip, beating myself up for being ill-prepared for death and periodically grabbing Alex by his ample chest hair and yelling, "How can you sleep when our children go into foster care tomorrow?"

Alex loves preparing for a vacation with me.  He calls it "as relaxing as something that's not relaxing at all." 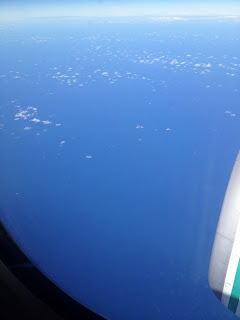 There's not much to see flying to Hawaii.  Lots of blue stuff.  The good news is, when you get close to the islands, the deeply tanned flight attendants serve you Mai-Tais. 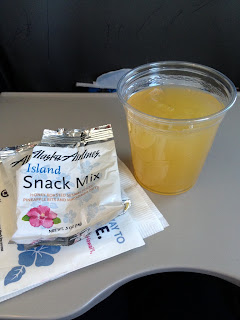 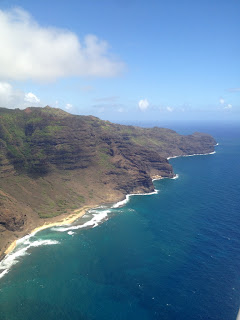 Our landing took us within inches (I swear) of this mountain on Kauai.  It was very exciting, and by exciting I mean we all assumed crash positions.  Perhaps it was just me.  Have I mentioned my fear of flying? 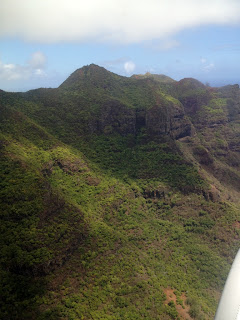 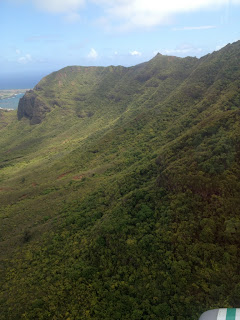 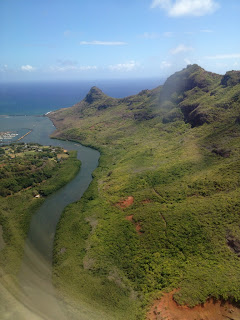 Alex and I decided to go to Kauai this trip because we got a great deal on a resort/rental car package.  We didn't much care about the resort part but were nonetheless excited to hear it was a "FIVE STAR!" establishment.

Right.  We took one look at our suite, declared the resort "five stars of motivation to get out and do something else" and didn't return except to change from one bathing suit to another. 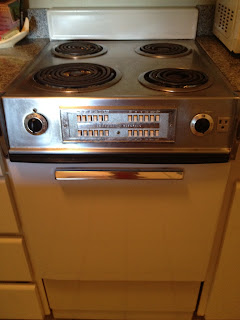 
Alex and I generally get along very well.  The major exception is when Alex is driving.  Alex's driving makes me batshit crazy.  He's the kind of driver who goes 25 in a 50 while staring out the side window and saying things like, "Oh my gosh, look, there's a Macys!"

Everything is a beautiful revelation to Alex when he's driving, everything an object worthy of further study.  It's like he's seeing the world for the first time.  It makes me absolutely crazy nuts. 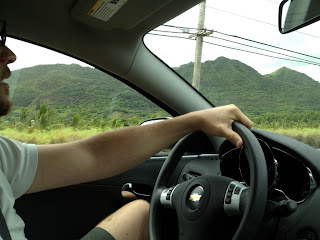 There was, unfortunately, a lot of driving to be done on Kauai.   We chose Alex as the driver because the other time we don't get along is when Alex has to give me directions.  He's more of a "oh, you should've turned back there...." kind of navigator.  You have no idea how many times I've driven with a map perched on top of the steering wheel while Alex pressed his nose against the window and exclaimed over every mildly interesting thing we passed ("Oh my gosh, that cow has spots!").  We are screwed in a car.

Once we were out of the car at various Hawaiian sights and Hawaiian beaches, however, we were all smiles again, skipping away from the car holding hands.  At least we recover quickly.

Al and I were by far the palest bodies on the beach.  There was us, and then there were the stupid leather-faced prematurely wrinkled people likely dying of skin cancer.  When I looked at it that way, I felt better about my 500 spf sunblock and continued to slather. 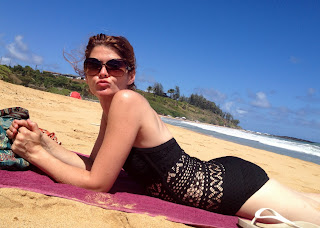 It helped I had the best bathing suit

While on the beaches, and later in the restaurants, we were confronted with Kauai's feral cats.  (There were also wild roosters everywhere but I'm not going to talk about that mindboggle*)  There are skinny little wild cats all over the place with their little mews and their little paws pawing at you, hoping to snag a piece of seafood off your table.  For those of you still around from my Paris blog, you may remember our cat joke from Croatia? 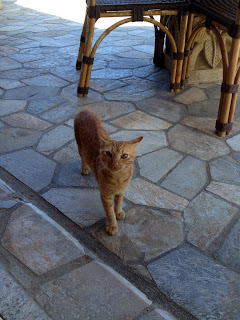 I'm outta time over here.  Could this be another multi-episode travel saga ala the Europe days?  I hope so.  Prolonging the vacation tales... everbody loves that... 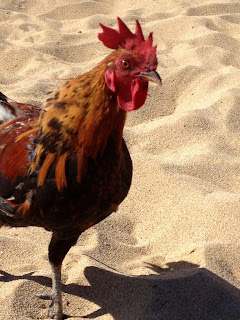