Making sin out of nothing at all

As I sat down to write this, I glanced outside and saw Widower Peter standing in front of his house across the street.  He walked down to the sidewalk, opened the cover of his water meter, spit in it, then walked away smoking his wonderfully curvy pipe.

Can anyone tell me why he would do such a thing?  Can't he just spit on someones car -- or try to land his spit on a quickly-moving bug just for a challenge -- or spit up in the air to see who it lands on like us normal people on this side of the street? 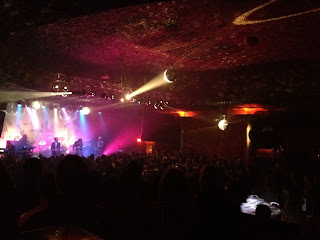 Seattle Mom and I went to see the band Stars last week.  There are few things more enjoyable than sitting in a live music venue with a beer in your hand and loud music rattling your bones.  I can't hear anything for days afterwards, which is a bonus considering the volume of my daily life (I'm looking at you, Lucien and Alex and men constantly hammering on my house). 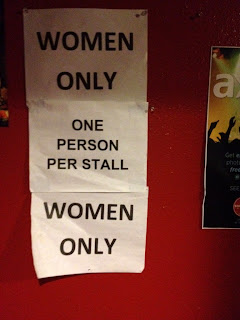 Let's rephrase so there's no confusion.  What they really mean is this -- 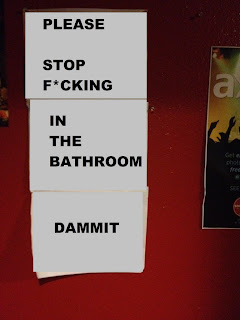 Stars is a good band.  I liked them more when they first appeared on my radar nearly a decade ago but they're still worth the time spent.  They seem to align with me politically as well; I lost count how many times they gave Washington props for legalizing both gay marriage and weed on the same day. They called Washingtonians "an inspiration to civilization" for recognizing both those things for what they are -- not scary.

I recapped the show for Contractor God the following morning and in my description expressed relief Seattle Mom and I were not the oldest people at the show.  That's a legitimate concern when you reach your late thirties.

Contractor God then told me of the time he and a friend, both in their late forties, went to see one of their old favorite British punk bands.  He said it was quite depressing to look around the crowd, realize how old the fanbase had become and admit they were, in fact, their peers.

Come the first song, the fans tried hard to pogo with the same enthusiasm they'd had twenty-five years earlier.  But after about half a song, everyone hobbled away from the front of the stage rubbing their lower backs to order a beer, put ice packs on their aching muscles and wonder where the years had gone.

We were at Seattle Mom and Dad's house for dinner recently when Seattle daughter and Lucien brought us a picture they'd drawn together.  I immediately got upset. 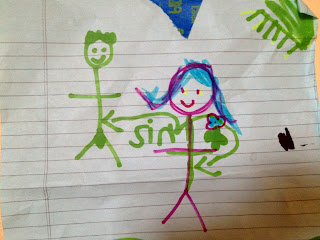 "Sin?  SIN??  With arrows pointing at the important bits?  Who is teaching our children their bodies are sinful?  I don't even believe in 'sin,' just use your common sense and don't hurt anybody, duh."

Seattle Mom and I called the children over, concerned about the messages they were receiving from somewhere and wanting to set them straight.  When we asked Seattle Daughter what she meant by "sin," she looked at us like we were dumb and said, "That doesn't say "sin," that says "NICE."

Seattle Mom then remembered Seattle Daughter has a tendency to write words backwards. She actually sounded it out pretty well.  English is hard. 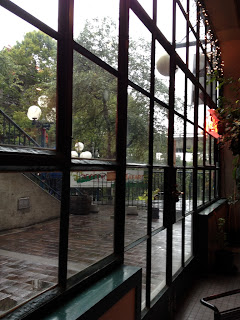 It's winter, the skies have gotten gray and rainy and most Seattle residents are stir-crazy and itching for change.  But for some reason, I'm currently involved in a full-on love affair with my city.  Everywhere I look, I love things. 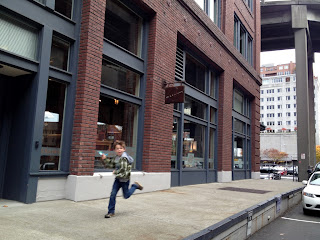 Love my Seattle boy running on the waterfront 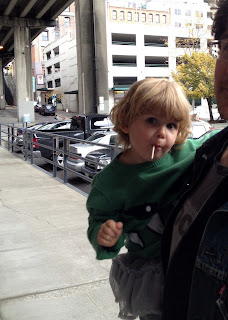 Love my girl owning that lollipop under the viaduct 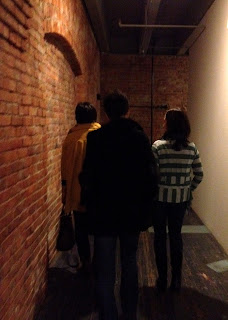 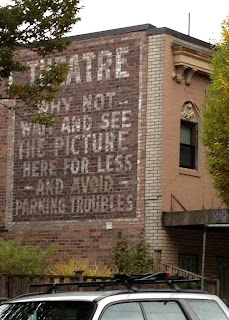 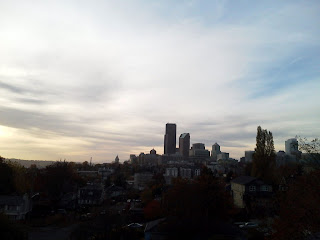 Love the picture Contractor God took from up on our roof 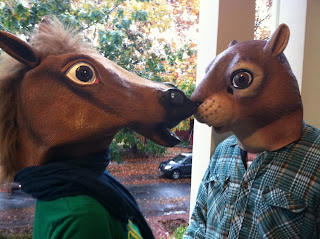 I wasn't born in Seattle and it's far from the most exotic or interesting place I've been, but as my boyfriend, hip-hop artist Macklemore, says about it:

"The skyline is etched in my veins, you can never put that out no matter how hard it rains."

Break it down for the town...

Not really sure where I was going with all that but there it is,
MJ
Posted by MJ at 5:07 PM