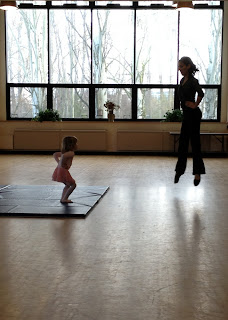 At Coco's most recent HELLRAISER BALLET class, the teacher noticed she tends to lead with her left foot and is therefore, possibly, a leftie.  We nodded our heads together in mutual lukewarm enthusiasm for Coco's hypothetical oddity.

Then the teacher mentioned "a little test" her family doctor mentioned to her years ago.  If you want to know if your child is right-handed or left-handed, stand behind them and, without warning, give them a little push.  Whichever leg they step forward with to avoid faceplant is likely the side they favor.

The following scene may or may not have played out five minutes later in front of the community center:

Me: *shove*
Coco:  AAAAAHHH......
Horrified Onlookers:  You are a terrible woman.
Me:  Confirmed!  A southpaw!

Alex's co-worker from Beijing, who was in Seattle for a business meeting, came over for dinner last week.  He was born and raised in Singapore but has lived in China for many years.  In discussing plans for dinner, he mentioned he'd never been in an American house before and also had never eaten Mexican food before.  Alex decided to take care of both at once -- dinner would be takeout from our favorite fancy Mexican restaurant, Cactus, served in the dusty old American grandeur of Banister Abbey.

I ordered butternut squash enchiladas.  I always order butternut squash enchiladas from Cactus.  They are my favorite and I don't mess with a good thing.  We ordered Singapore/China Dad a Mexican basic -- carne asada tacos.  When the tacos came out of the box and were set before him, he looked at them with question mark eyes.  To him, the almighy taco was a truly foreign object.

Singapore/China Dad is a fascinating guy with a fascinating life.  We had a lively fun conversation but through it all, he remained lost with his taco.  He poked at it for awhile, then scooped the insides out into a pile in the middle of the plate.  He seemed happy with the deconstructed taco pile but after many sidelong glances towards me, Alex couldn't take it anymore and interrupted the conversation for a taco lesson.

When Al said he was supposed to pick up the whole thing and eat it with his hands, Singapore/China Dad looked at Al like he was playing a joke on him.  He then looked at me for confirmation and I said, "Yes, it's true!  Mexican food can be really messy!"  He believed me, likely because I had butternut squash enchiladas smeared all over my face.  They're not messy or hard to eat, I just get a little overexcited sometimes.

When we asked S/C Dad what he thought about Mexican food, he proclaimed it, "exotic!"  That's about the last thing Mexican food is to me -- it's more like a necessary staple, like bread and butter, really -- but I'm happy to give him such a scintillating cultural experience. 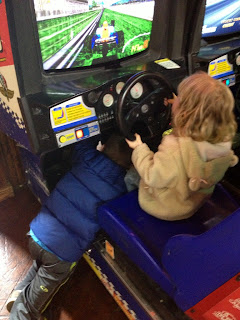 I've experienced some dental hell lately.  The dentist tells me I need about five thousand crowns, which is odd given my number of teeth.  I went in recently for the preparation/temporary crown step and the dentist wanted to put a wedge thing in my mouth to keep my mouth open.  Wedging my mouth open with something like a tiny rubber horseshoe?  Dentists, go home, you're drunk!

I take my bodily autonomy very seriously.  I went for a facial chemical peel once and the lady wanted to put these little sticky things on my eyes to keep them closed.  I freaked out.  There was absolutely no need for me to have my eyes open but the fact she was taking away any possibility of me opening them made my fight-or-flight kick in and I punched her in the face.  I kid!  I kid!  I didn't punch, just threatened her firstborn.

Even hugs.  I enjoy being hugged by Al if the hug is a normal one.  But sometimes Alex thinks he's a bear.  When Al thinks he's a bear, he squeezes so hard I can't move.  Then our laughing happy "hee hee we're hugging" turns into me screaming and clawing his face off and him looking at me asking, "My God, what happened to you as a child?"

Claustrophobia ain't just about elevators, people.  And for some reason, for me, it's only kicked in the past couple years.  What is it about getting older and fearing movement restrictions?  My theory is it's a growing fear of the coffin.

I refused the wedge thing.  The dentist said "please?" and I said "no."  She said "you won't be able to keep your mouth open that long" and I said "watch me."  She said "you're absolutely not allowed to move for a very long time" and said "if it will help me avoid the tiny rubber horseshoe of death, I won't."

And I didn't.  Two hours of near constant open mouth.  I didn't move a muscle.  The dentist was impressed.  My will can be cast iron as long as I know I have options. 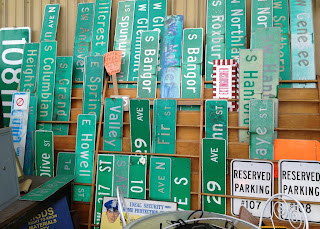 Al and I have been trolling architectural salvage yards recently.  They are some of our happiest places.  There's nothing like walking into a place full of rusted old house parts and seeing all the possibilities -- 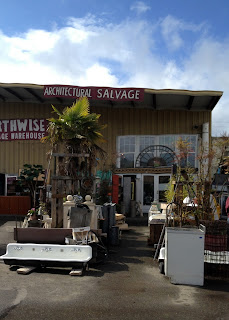 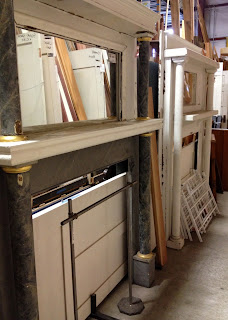 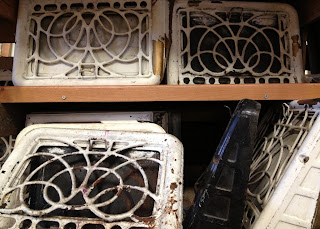 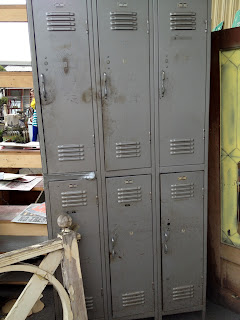 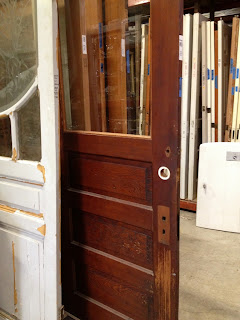 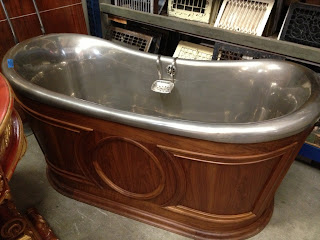 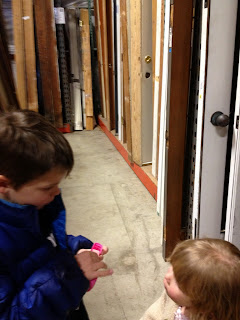 "We disagree, we are bored."

My book about Paris has been on the back burner for a long time.  There's always something happening that takes my attention from book writing and focuses it on a house falling apart or a child vomiting in my lap.

I need inspiration, and accountability.  I've signed up for a memoir writing class in the hopes of adding structure to my writing life.  My first class is this evening.  I'm nervous, primarily because it's a class full of "real writers" and I am but a lowly blogger.  I'm sure I'll look stupid.  Thankfully, this is not a deterrent. 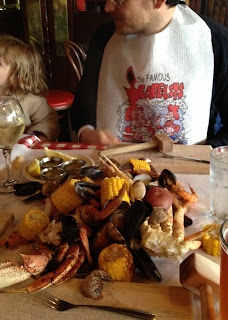