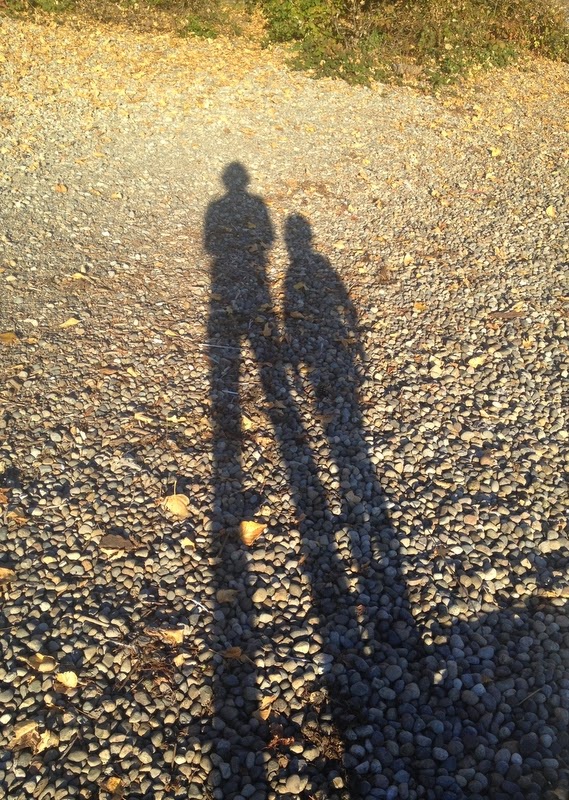 Alex and I were invited to a going-away dinner for one of his co-workers Saturday night.  Al told me the send-off was for a small group of people, just a couple others besides us, and that it was "a pretty casual thing."  I asked him if it was jeans casual and he said "probably, this is Seattle after all."

Seattle or not, I don't feel right wearing jeans to a dinner party so I wore my favorite dress but casual-ized it with a funky frayed cropped cardigan and clompy Seattle style boots.

We arrived at a giant house on a hill with a view for miles to find an extravagantly set table for 26 people and a handful of caterers in the kitchen.  Servers immediately descended upon me and offered a glass of champagne and some dainty spinach/cheese ball things.

After a quick panicked appraisal of the situation including the hostess's elegant cocktail dress, I whipped off my weird tacky sweater and flung it into the corner.  I also quickly got rid of my clunky boots, declaring I was "one of those people who believes it proper to remove one's shoes upon entry." (I'm not that person at all, I love my shoes)  Thankfully my tights were a lovely warm cinnamon color and were also blissfully hole-free, a condition in which most of my tights do not find themselves.

I shot Alex a sidelong stinkeye.  We've been together a long time so he knew exactly what I meant.  "I'm sorry, I'm sorry, I'm not a detail person!" he hissed in my ear as he glanced frantically around the room and mentally evaluated his own wardrobe choices.

Not only was the dinner much fancier than anticipated but some of the "big guns" from the company were invited.  I'd heard the names before but had never met the people behind them.  Alex used to toss sleeplessly the night before giving presentations to these names and now I was about to meet them in my stocking feet.  I made a mental note never to listen to Alex's words again because they are false.

It was all ado about nothing, as are most things I get worked up about.  One guy did show up in jeans (this is Seattle after all) so I put my sweater back on because dang I was cold.  I met a woman who grew up in Detroit, a neighboring city to my hometown of Toledo, and now we're friends.  "The big guns" were no different from the underlings -- friendly, easy to talk to, good senses of humor.  Not once did I get nervous and blurt, "How much money do you have, money person?"

It was a success even though I felt dumb with no shoes and spent a crazy amount of time talking to a Civil War buff.  I was just faking it with that guy, I really don't know much about General Lee.

Sunday was glorious here in Seattle: clear, sunny, crisp, cold. We left our house in the morning with only a vague notion of what we were trying to accomplish then bounced around from place to place until we ended up back home.  Aimless days are usually the best days. 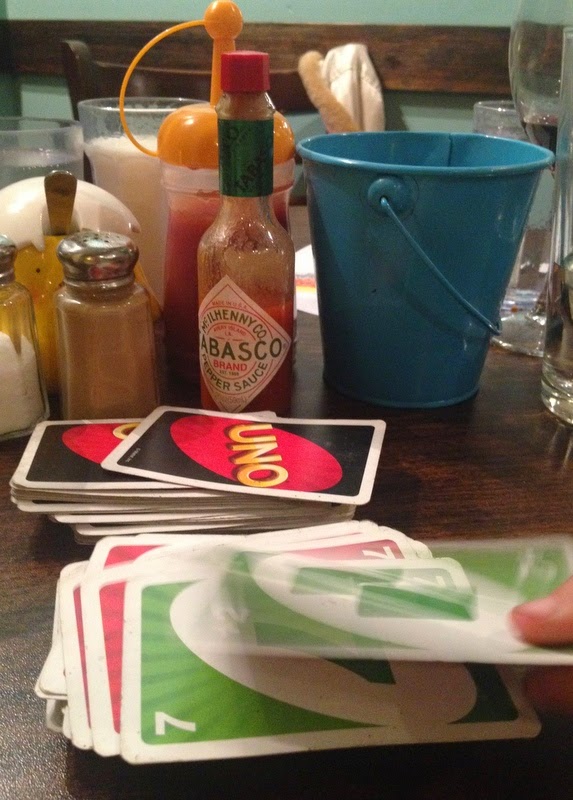 Playing Uno under the watchful eye of the Tabasco sauce 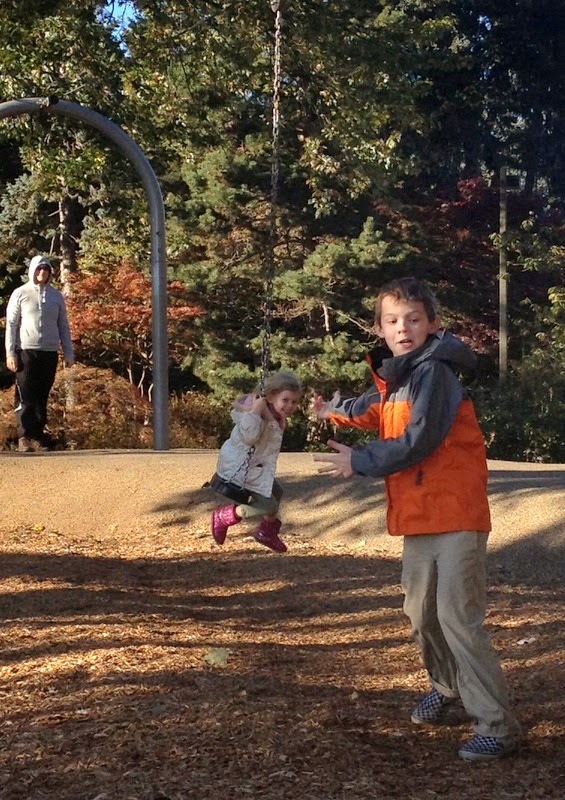 Ziplining into her brother 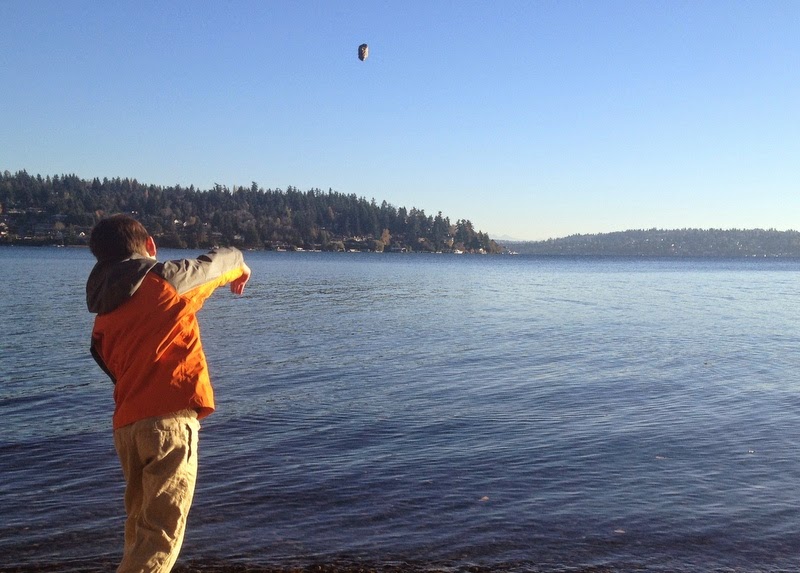 throwing rocks into the lake 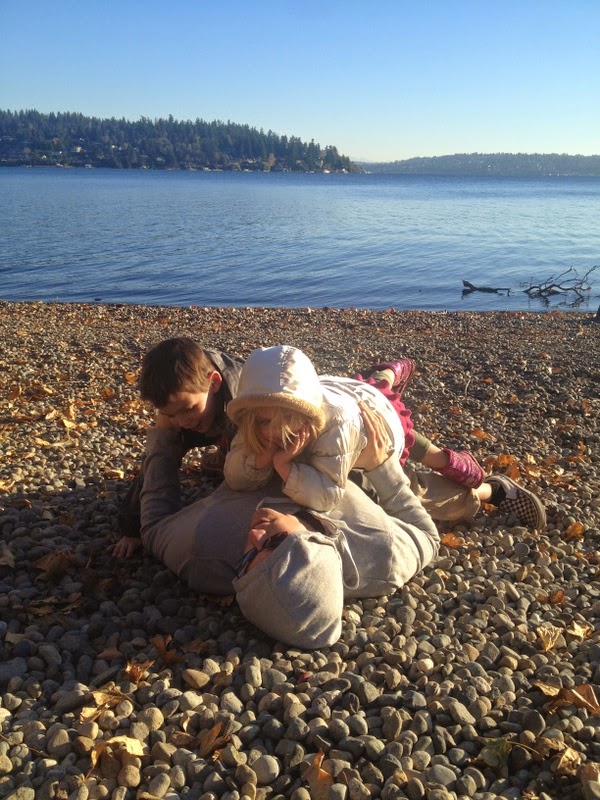 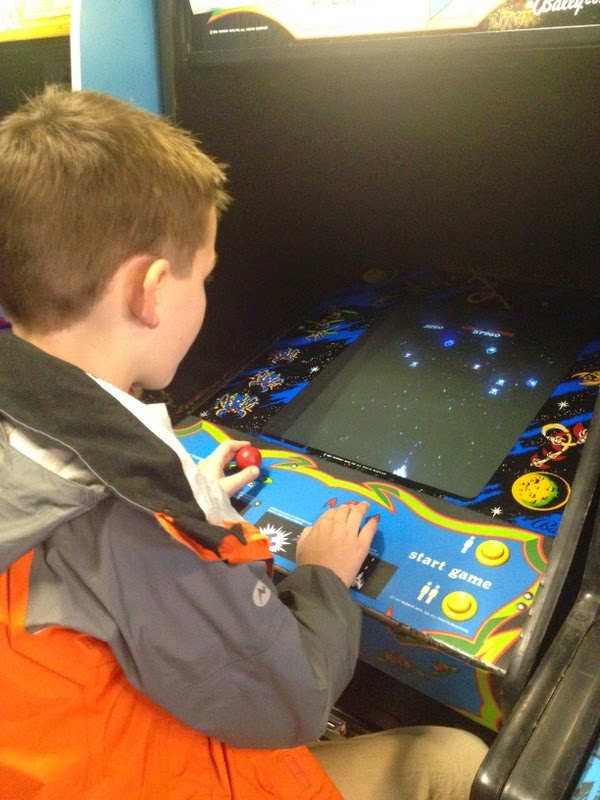 a cheap haircut and an old school arcade

I'm snack parent at Coco's preschool this week and that's no laughing matter.  I must provide a full week of healthy snacks for 20 kids.  Each day's snack must include one protein, one carbohydrate and one fruit or vegetable.  Also, snacks cannot be repeated two weeks in a row. I have no idea why they can't be repeated but based on my experience, it's a rule designed to flush out the weak from the strong.

Your snack "menu" must be filled out the week before and submitted for approval.  Filling out my snack plan took an inordinate amount of time because I would think, "I'll bring pretzels for the carb on Tuesday" but then I would flip back to the week before mine in the snack menu book and "DAMMIT, KAREN!"  Karen had brought pretzels the week before my week so pretzels were no longer an option, they were dead to me.

Rinse and repeat with Goldfish crackers.

My snacks got obscure after that -- flax seed smoothies and salami wrapped breadsticks and hard boiled eggs dipped in strawberry coulis.  Karen sure as hell didn't do any of this, HA, I thought as I scribbled my snack plan furiously in the snack plan book.

I'm getting carried away but all I'm trying to say is being snack parent is a weighty responsibility.  I awoke early this morning to chop up dozens of colorful bell peppers, portion out ham slices and count my rice crackers because it's just a big damn deal.

We were hustling out of the house after my snack preparations when I took pity on our dog -- he's an old guy now, is deaf and has to wear a dog diaper at night -- and agreed he could ride with us in the car that morning.  But as soon as I opened the fence gate to shoo him into the car, Oscar, that idiot animal, took off down the street.  I yelled, "Oscar!  Oscar!"  as I ran after him clutching my cup of coffee and my snack bag full of prepared delicious goodness for 20 preschoolers.

Did I mention Oscar's deaf now?  He was so happy to be free.  He was oblivious, tail wagging, couldn't hear my frantic screaming.  For just a second he thought everything was right in the world and he was a young dog again.  Then he stopped to pee on a tree and Lucien pounced on him.  He looked up at us so hurt and confused.  He didn't understand our flailing arms and angry faces.

We dragged him back to the car.  I opened the passenger side and he attempted to jump up on the seat.  Old guy he is, he got stuck halfway between the ground and the seat and dangled there whining until I grabbed him around the belly.  In grabbing him, however, my coffee, which was now clutched under an arm to load the dog, tipped at a precarious angle.

I saw what was going to happen before it happened yet I was powerless to stop it.  The coffee cascaded in a lovely arc straight into my meticulously prepared snack bag.  What didn't hit the insides of the bag ran down my dog's back , soaked my white gloves, and dripped down the front of my beloved red and white houndstooth coat. 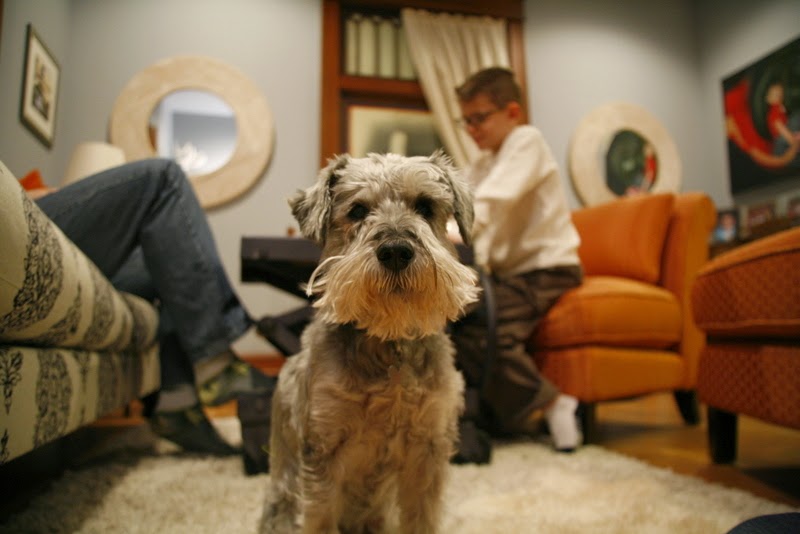 Oscar was fine but was no longer welcome in the car that morning.  He was placed back inside the house.  I blotted the contents of the snack bag best I could.  The crackers were unscathed in their plastic container but the ham and bell peppers didn't fare as well.  I considered confessing as I handed the snack bag to the teachers with a cheerful smile but I knew they would make me re-do all that chopping and I didn't have the strength.

To review, I served 20 preschoolers a healthy snack with one protein, one carb, one vegetable, and a healthy sprinkling of caffeine.  It should be an interesting day over there today.

Karen most definitely did not do that. HA!
MJ