That's how we do it in my family Part One

Life is the damndest thing.  I haven't disappeared from the blog solely because I'm busy.  I've disappeared partly because things have gotten hard and I've got things to figure out and not just normal everyday things like "how can I make this food I just ordered look homemade for our company."

I wish I'd made some progress but so far the "figuring out" part has involved staring into space and wasting a lot of time. 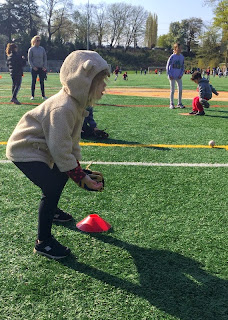 
So I've started seeing a therapist.  I've never been to therapy before.  My friends are loaded with therapists; I think some of them have a separate therapist for each of their problems. They were always shocked to hear I'd never been to one, a reaction I found vaguely insulting.

I found my therapist through a women's therapy referral service.  I was referred to three therapists, had a consultation appointment with each one and then chose mine, the woman who is going to lead me to enlightenment, inner peace, maybe donuts, and who hopefully will flat out tell me what to.  Do therapists do that, I hope they do that. 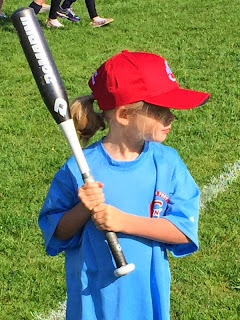 there she is again

The first therapist I met for a consultation was in the most beautiful building in historic Pioneer Square.  I wanted her to be "the one" simply for her building.  It may be the wrong reason to choose a therapist but you should have seen the ornate original millwork around the doorways.

Our session got off to a strange start when she came out of her office and found me stroking the intricate banister railing like a lover.  After taking a seat on her couch, I then spoke at length about leaded glass and shellac.  She may have thought I was avoiding my problems, or that perhaps my strange discussion topics were at the root of them.

Beautiful building aside, she's not my therapist.  She said part of her process is covering clients in weighted blankets and asking them to draw their feelings.  I told her that was a bad idea, that I'm claustrophobic and if she covers me in a weighted blanket I will most likely fight her. I advised her to consider the current length of my fingernails and my freakishly sharp and pointy elbows.

Also, I don't want to draw my feelings because drawing reminds me I suck at drawing.  That fact makes me even more sad and confused than I already am because how can I possibly suck at drawing?  I should be really good at it, I'm a child of the arts! 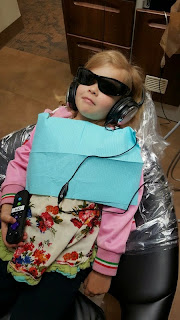 here she is being amazing at the dentist

The second therapist I saw had the most beautiful, soothing, whisper-soft voice.  She had a vaguely foreign accent and had nearly lulled me to sleep with her soft, melodious, meditation-inducing voice ten minutes after walking in the door.  As much as I wanted to curl up in her lap, I decided I couldn't work with her because my therapy sessions would not be effective if I was asleep.  I bet if I did fall asleep, though, she would cover me in a soft blanket and stroke my hair.

I chose the therapist I chose because within thirty minutes she had already drawn some pretty heavy parallels between my role in my family of origin and how I continue to act in my daily life.  She does not lull me to sleep and is forcing me to face some truths without reminding me of my painful artistic limitations or tackling me and smothering me in a blanket. 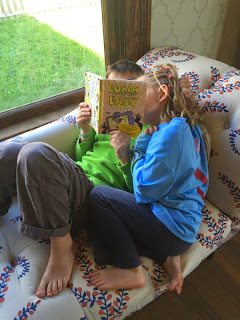 still have the boy, too, he's just harder to get a picture of


My sister, Raba, and my sis-in-law, Zee, invited Alex and I to see a play with them a couple weeks ago.  It was an entertaining play about pet bunnies being let loose in a zoo by heartless owners and then forming a bloodthirsty cult hellbent on revenge for being forgotten.  There was murder, lots of blood, and some graphic bestiality.  It was a real hoot.

We were in the lobby before the play and my sister, Raba, asked me, "Have you heard from Mom and Dad?  I emailed them five days ago and haven't heard anything back."  Most people would shrug and make a mental note to call their parents the next day but not us.  It quickly spiraled from "Have you heard from our parents?" to "Oh God, Mom and Dad got sucked up in one of those tornadoes in Oklahoma because they mentioned that one time maybe driving to Oklahoma to get Mom a new hammered dulcimer."

That's how we do it in my family.  Anxiety and catastrophic thinking 4-ever.

Zee, my sis-in-law, stared at us incredulously.  "Let me get this straight," she said. "You're both going to sit here getting worked up about your parents twirling around in tornadoes and neither one of you is actually going to CALL THEM as we sit here with half an hour to kill before the play?"  I admit, it hadn't occurred to me to call them.  I just wanted to speculate and fret.  Isn't that what people do?

Coco's former preschool teacher was in the bloody bunny play.  I snapped a picture of her to show Coco.  Coco looked at the picture the next morning and her eyes widened, "Why is Teacher Ashley covered in blood??  Mommy, is she OK?  Is she OK?"  I tried to explain she was pretending to be a murderous bunny and was doing just fine, in fact living her dream in theater so couldn't be better! Coco was not buying that crap and now likely has some anxiety herself.

That's how we do it in my family.  Not thinking things through 4-ever.

Coco will probably need a therapist soon.  It can even be a feeling-drawing one because Coco is really good at drawing.  We all know she didn't get that from me, dammit.

It's been so long since I've written there's an impossibly long list of things that have happened.  I hate that feeling.  So many memories I failed to capture.  I'm not going to beat myself up too much because my therapist said I should stop doing that.  So I'll just address a couple biggies and then wander off to live a happy guilt-free life. 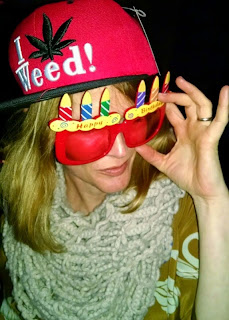 My friend Rusty bought me the hat.  It happens when your friend Rusty is hilarious
(and you're celebrating your birthday next to a legal pot shop)


My birthday night began in a fun way when Alex and I popped our heads into the TV room on our way out the door to remind Lucien to feed Bobo before he went to bed.  I believe our words were, "Make sure you give Bobo a handful of greens tonight, he hasn't eaten in a couple days."

As we grabbed coats and walked away, we heard the (brand new) babysitter ask, "So Lucien, who's Bobo?" and then we heard Lucien, precious babe of our loins, reply that Bobo was the homeless guy we let live in our attic.  Alex and I turned on our heels immediately to set it straight.  Our heads popped into the TV room a second time -- "Bobo's a lizard, not a man, bye again!" I hope she believed us but we couldn't stick around to find out.  We had a party to attend.

My 40th birthday was full of laughter and nude mannequins and mini golf.  And my face on cupcakes. 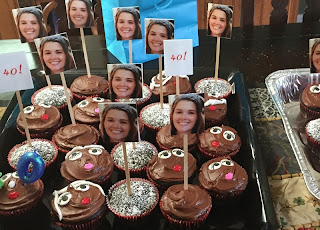 Thank you, friends.  Another dream realized.


We celebrated my rapid aging in a private room at Smashputt, a pop-up art installation/bar/mini golf destination.  Smashputt slinks into a city, sets up in some abandoned location (ours was an old post office) has raucous fun for a few months and then poof, it's gone.  It's mini golf on steroids with saw blades and air rifles. 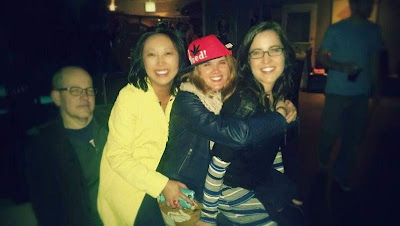 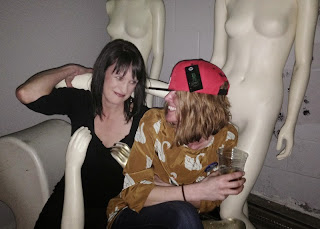 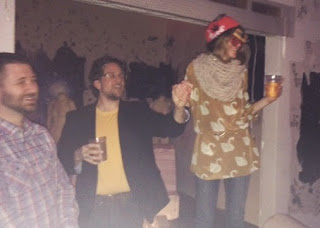 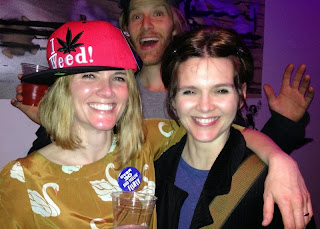 Turning 40 was fun.  I felt loved and celebrated.  I also smacked a golf ball into a Skeeball game while my friends heckled me and told me I suck at mini golf.  I'll hang onto those warm memories as my limbs begin to shrivel and fall off with decrepit age and I start forgetting where I put my sunglasses (psst, they're on top of my head...) 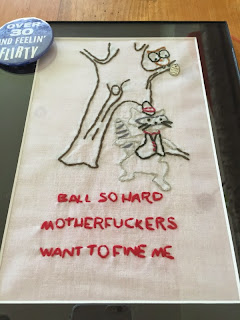 The other big event to mention is we went to Mexico for Spring Break.  I meant to write about it here but realized I have a lot to say about it so it's going to be a separate post.  I'll post it soon, better than my two or three month hiatus or whatever blog neglecting stunt I just pulled.

Yes, life may be going to hell just a little bit but there's one fact that keeps me going and keeps me positive.  And that is, drum roll, that Banister Abbey finally has a Banister -- 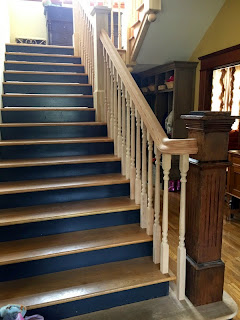 it's unfinished.  but it's there.


I know you haven't heard from me in awhile.  Incredibly, it's not because I was in a tornado.
MJ