If you ever forget where you live around here, your memory will be jogged when you notice the WiFi password posted on the wall at the local organic smoothie bar -- 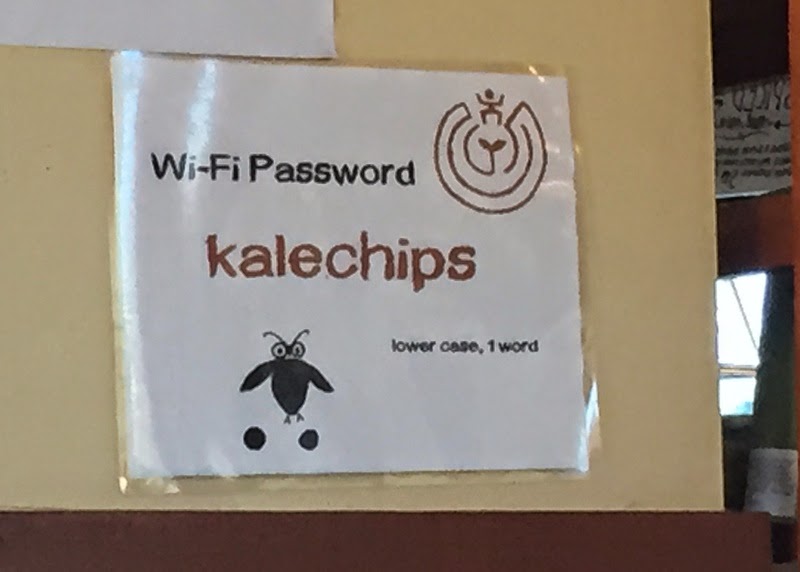 I think I'm becoming more eccentric in my middle age.  For one thing, I'm less tolerant of unexpected visitors at my front door.  At the top of my "go away" list are the religious people. A Jehovah's Witness recently stopped by as I stood quite visibly in the middle of the kitchen. When he knocked and peered through the glass of the front door, I did my usual; I stopped, dropped, and rolled out of sight.

Supermodel Neighbor was unfortunately sitting at my kitchen counter eating lunch at the time, frozen with a fork halfway to his mouth.  I whispered loudly from the floor, "Is he gone yet?" to which S.N. asked in disbelief.  "Are you seriously doing this?  How old are you?"

The answer is almost 40 and I'll do what I please. 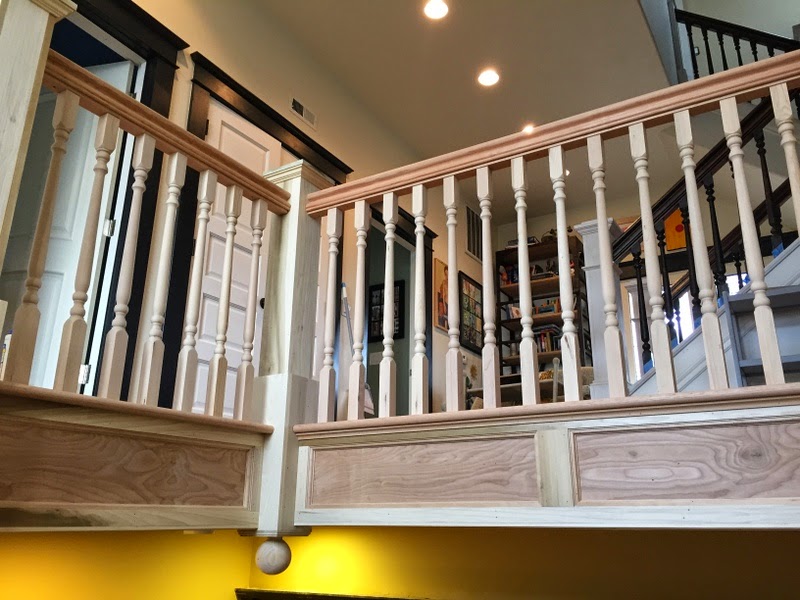 Think that's an exaggeration? Last class he handed us Edgar Allen Poe's The Telltale Heart and asked us to analyze the "humor" within.  The guy in The Telltale Heart kills a man who has a gross, weird, pale blue watery eye and then buries him underneath the floorboards.  Ha ha ha ha ha!  Poe, you clown.

I read through that story a dozen times but was unable to find a single shred of funny probably because, as everyone knows except my teacher, Poe is a master of writing horror. He's really good, too, I'm not going to be able to sleep for weeks.

I'm considering alerting the police about my teacher.  I'll tell them he thinks Edgar Allen Poe is a laugh riot.  Maybe it will raise a red flag,  make them understand he's worth arresting preemptively before he goes apeshit.

My recent pottery class was a bust, too.  My current teacher proves that sometimes artists, as talented as they may be, should not teach.  Example:  I asked her, as I sat at the wheel with the clay caving in on itself yet again, for some helpful tips and she told me, "you've got to just feel the clay."

My old teacher was a talented potter but also had words to share in a teaching manner.  She could spin things magically from her hands but when it came time for teaching she could bark, "No! Put your left hand here and your right hand here and press here and make the damn bowl, hippie!"

Other than my current crappy class juju, life just kind of keeps plugging along. 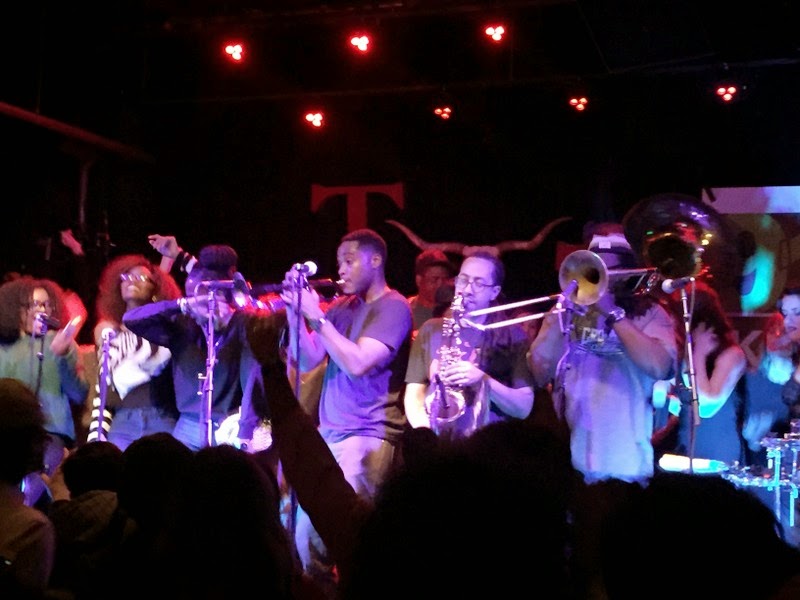 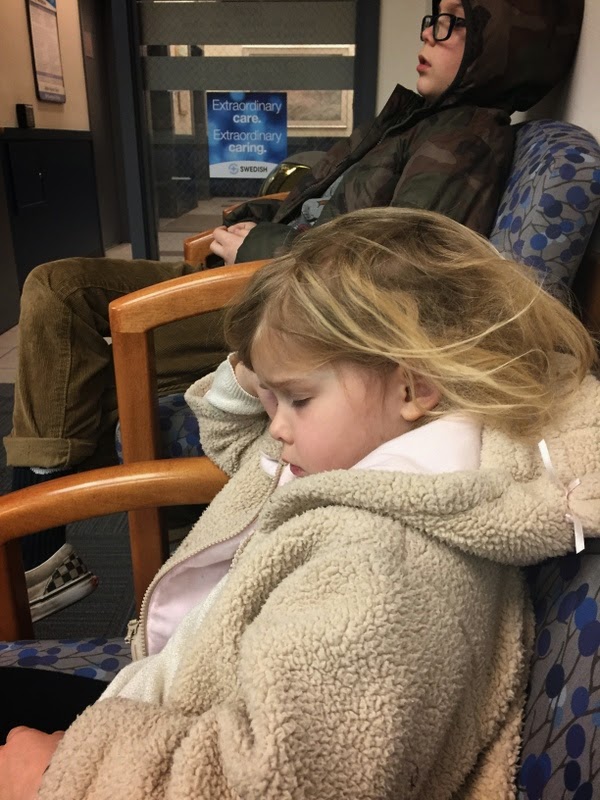 an urgent care visit with a miserably sick little girl
and a very bored big brother
(Alex was out of town, he had no choice) 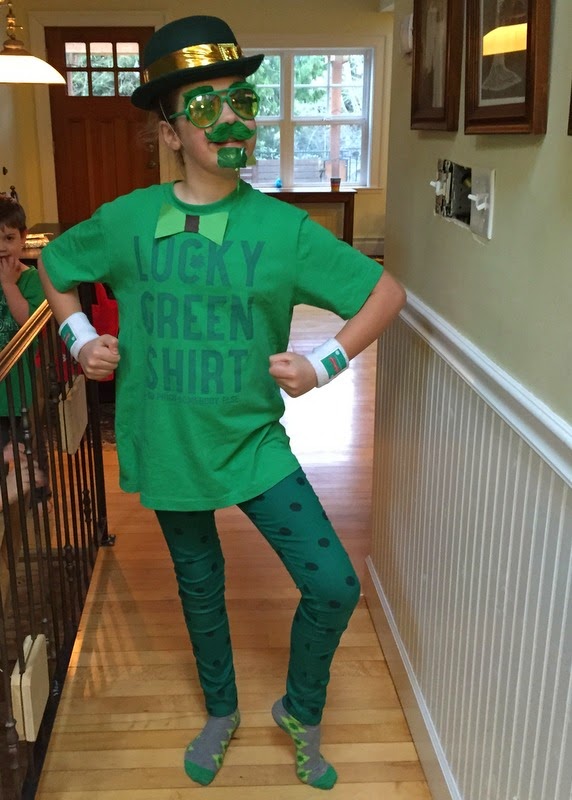 Seattle Mom's daughter getting beyond festive for Saint Patrick's Day 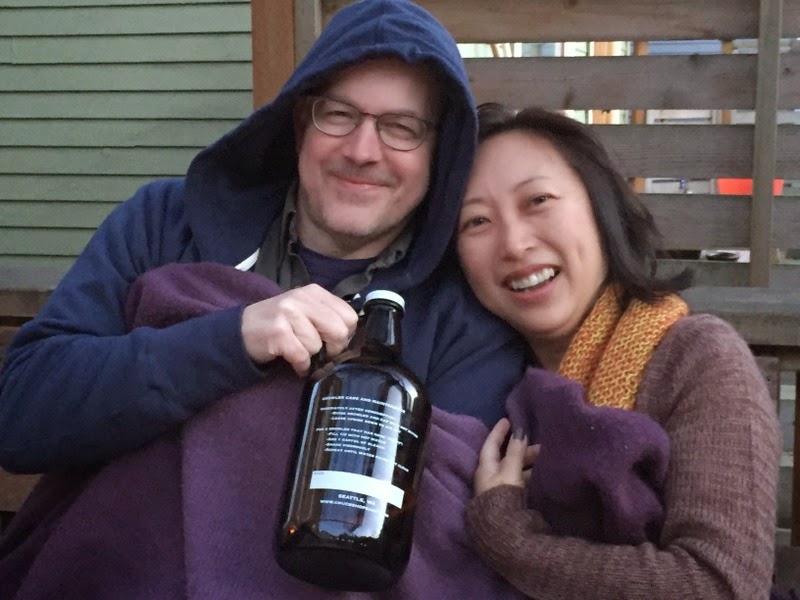 Cute friends, a blanket and a growler of beer 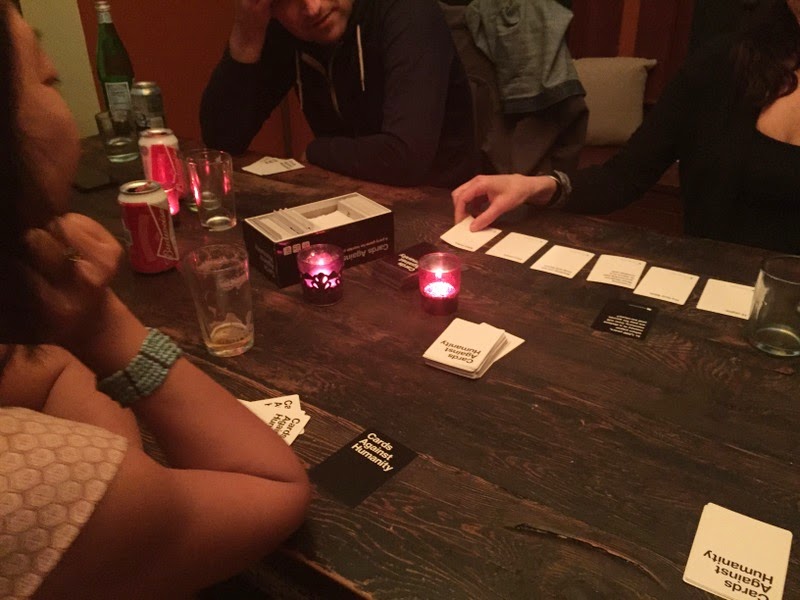 
The kids are doing well.  Lucien continues to be a mischievously grinning class clown.  His giggle, when he cracks himself up, which is often and usually due to a fart joke, is the best sound I know.  He's got a quick wit and a loud voice.  When one friend recently told him, "Lucien, you're a comedian."  He immediately responded "I'm not a comedian, I'm a Canadian!"

His favorite catchphrase, which gets placed at the end of everything he says, is a growly, '''cuz I'm Batman" followed by a swoosh out of the room. 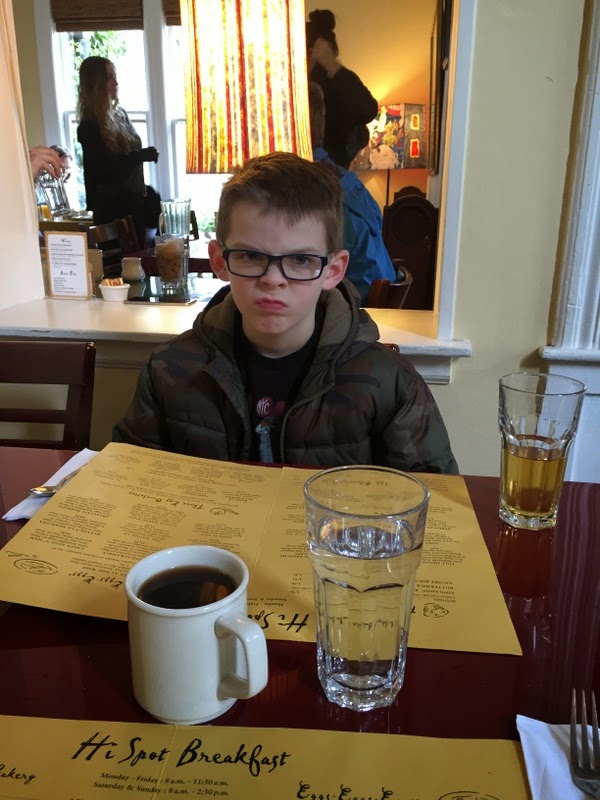 
Coco has a squeaky little voice that's gaining in volume because she wants to be heard over her loud older brother.  She charms most everyone she meets unless she's in a punky mood, in which case a silent glare is all you'll get from her.

Coco loves all things art.  The kids recently recreated famous works of art at her preschool.  I appreciate how she plays with scale -- 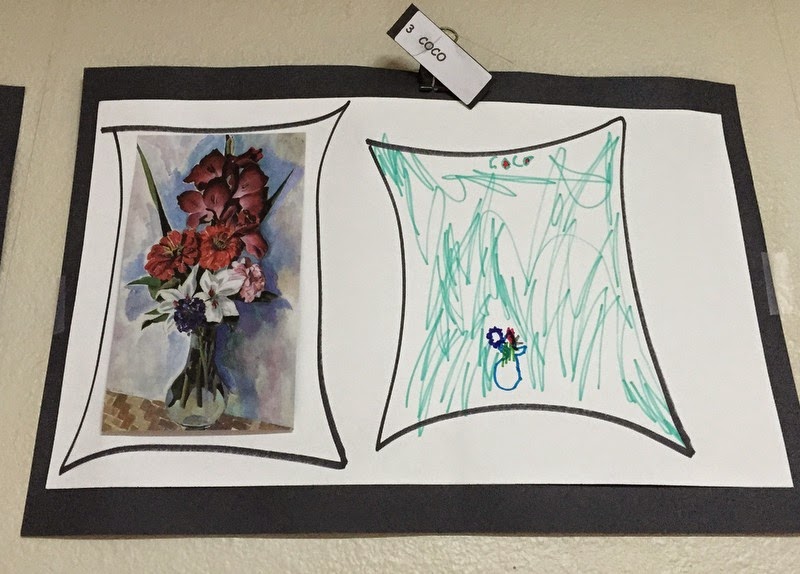 there it is! down there


I was in charge of the preschool Spring Party last night.  I purchased appropriate tablecloths and paper plates and begged parents to sign up to bring kid-friendly food.  Bring on the mini pizza extravaganza and hummus, oh so much hummus. 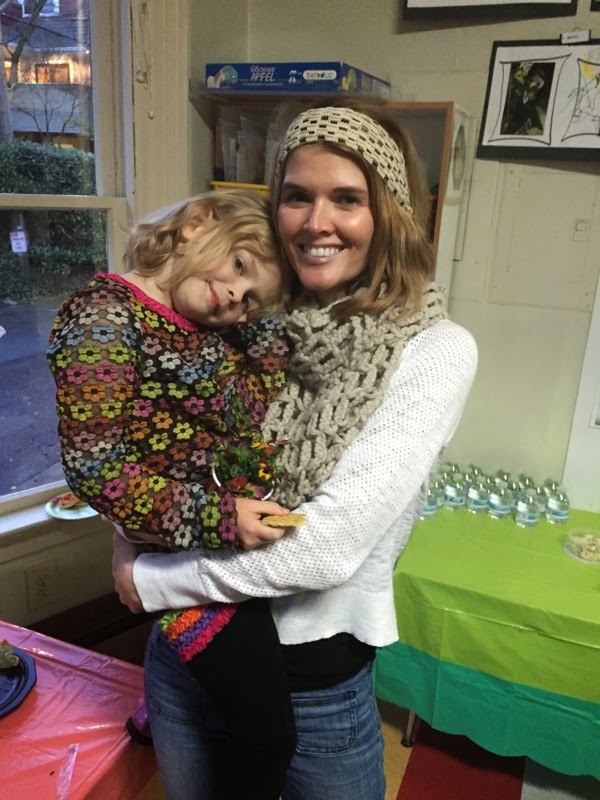 My favorite part of the party was when I failed to realize the olive container lid wasn't closed.  I therefore picked it up more sloppily and with more force than I should have.  The result -- festive olive explosion!  The amount of olives in the container appeared to double as they flew up in the air and then crashed and rolled around all over the floor.

The olive oil smeared on the floor proved troublesome when little Johnny tore through the room and fell on his back.  I'm a party planner who's full of surprises.

Being the Spring Party planner also came with cleaning responsibilities afterwards.  I was pretty tired and traumatized by the olives by that time so I chucked a bunch of recyclable and compostable materials in the garbage to make it go faster.  Forgive me, Seattle.