Hi, guys.  Anyone hanging around here anymore?  Well I'm here and I'm pretty sure my mom checks in from time to time so hey there, Judy. 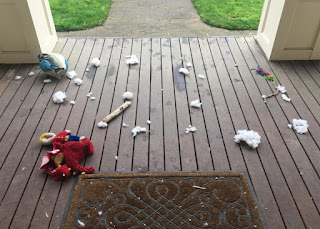 The Paris book writing is going as well as can be expected from me -- and by that I mean I'm raising kids and driving an RV all over the place and am easily distracted by pretty much everything.  I'm slowly filling a binder with chunks of printed paper I consider "good enough for now."  I wish I was filling the binder faster but life continues to happen in intrusive ways.

I recently celebrated my 41st birthday.  41 isn't as interesting as 40, which was very interesting indeed. I marked my birthday this year by homebrewing beer with my friend of 15 years, Reba. Reba is always up for my schemes (as I am for hers, it's a true friendship).

I've long wanted to understand how beer is made.  It seemed such a magical process.  But now, after trying my hand at it, I know beer is made by simply boiling a bunch of stuff together, adding yeast, then sticking it in a closet for a couple weeks.  Important processes happen in the closet.  Then you use a siphon to put it in bottles then it goes back into the closet again for more processes. 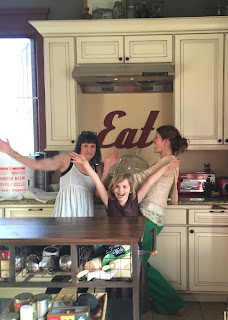 Reba and I dropped a rubber stopper into the 5-gallon fermenting bucket as we attempted to affix the airlock to the top of it.  Our long-handled brewing spoon was deployed for a search-and-rescue mission but it was unsuccessful.  This accidental addition will either ruin our batch or give it a little extra special something.  Every brewer needs a secret ingredient and for now, rubber stopper is ours. 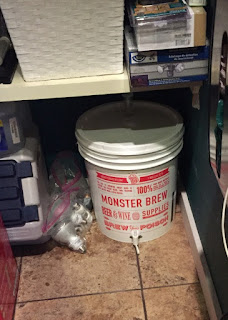 Ferment well, little beer, next to those old light bulbs we don't know where to recycle.
See you in a couple weeks. 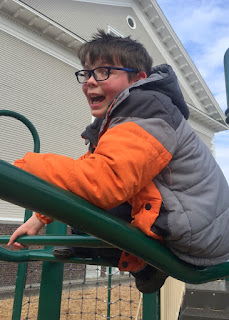 It's spring soccer season for Lucien.  The Loosh is not a good soccer player.  He knows this and it doesn't much bother him, as his self-esteem is linked more closely with other endeavors. He'll come home after a game, pull off his cleats and announce cheerfully, "Wow, are we bad!"  He goes on to explain none of the "good" players were there that day, "the ones who know how to pass and stuff," so that's why they lost.  Then he runs off to do whatever.

He's also begun playing a video game called Sim City in which the player is the mayor of a town responsible for growing it, managing it, keeping its residents happy.  I looked over his shoulder at one point and half of Lucien's town was burning.  There was a giant lizard flying overhead eating people off the sidewalks and he had also accidentally unleashed a zombie invasion.  I told him things were looking pretty grim and he said, "At least my new wind power plant is up and running!" At that very second, a tornado came through and destroyed his wind farm.

Lucien then stood up and said, "Well....I believe I've done all I can do here,  I'm just going to leave this town in the hands of my capable associates and..." *whistles as he tap dances out of the room*. The Loosh is a future politician, seems pretty clear.

Since I last wrote, we have been endangered many times by the Winnie B. The first problem was a near catastrophic one.  We drove up to the mountains to camp overnight at a nearby ski resort.  The Winnie B hit a medium-sized pothole just outside the resort entrance.  All the lights on the dashboard briefly lit up, then the engine stalled and I lost power steering.

Luckily, I was turning into the parking lot at the time so instead of flying off a mountain cliff we just rolled to a soft stop in a snowbank.  Alex and I stared at each other in horror for a couple of long, silent minutes. I turned the key, tried to start the engine again and she started right back up like nothing had happened.  How dare she pretend everything's fine! 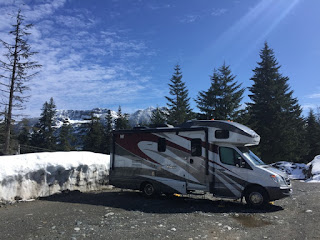 Get your sh*t together, Winnie.

We camped up there that evening anyway because skiers want to ski even if their vehicle is behaving badly.  We relied on our propane tank to power the gas heating system throughout the night but learned a fun fact at 2:45 a.m. -- liquid propane doesn't work well in freezing temperatures.  It gets sluggish, fails to do what it's supposed to do until temps rise again.  I awoke to a softly crying Coco.  "I'm sooooo cooooold," she wept from her sleeping bag, teeth chattering.  Lucien suddenly spoke up in the dark, "I'm warming myself by farting!"

The same stall/no power steering issue happened again on our drive back home when we hit another bump.  I was ready for it that time, had aimed for the shoulder as soon as I felt the rattle and saw the dashboard lights flicker.  We coasted to a nice stop alongside the road.

The Winnie drove the rest of the way home without further incident but it was not a relaxing drive for any of us.  The following morning, I drove her to the dealer with an angry determined set to my jaw.  I was going to get answers and I was going to get fixes.  Alex stayed here with the kids and texted me a few minutes after I'd left: "You were such a badass driving that death trap away from the house like you didn't give a damn."

The people fixed it.  It was a loose connection to the battery.  Let's not dwell on what could have happened up there, let's not dwell on our very cold night, let's focus instead on the pretty ski day we enjoyed.  Alex tied a scarf around his head instead of wearing a hat.  It was worth some danger to once again marvel at that man's oddness. 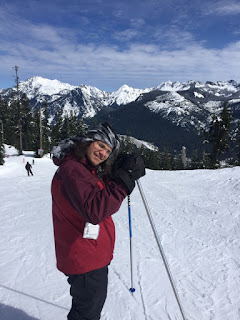 We recently returned from Spring Break.  It was also fraught with danger.  I'm going to write about it next time.  I would also like to address the closet situation at one point.  Al and I have a walk-in closet in our master bedroom that's always been a mess, a hodge podge of random shoe racks and shelving units.  We designed and ordered a new cohesive system online.  The cost of installation was prohibitive so we decided to save a lot of money by installing it ourselves. 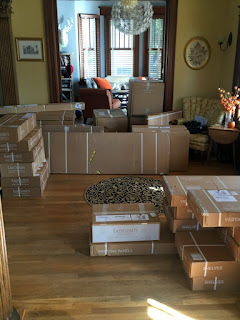 I'm now going to leave this blog in the hands of my capable associates and...

Email ThisBlogThis!Share to TwitterShare to FacebookShare to Pinterest
Labels: beer brewin', birthday, danger, skiing, The Loosh, The Winnie B