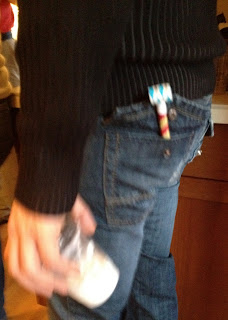 The flu came to visit recently.  It floored me (and only me) for a handful of days.  It reminded me of the old adage, "When mama's sick ain't nobody gonna take care of mama and she still has to take care of some other people, too."  Catchy adage.

Those days were miserable.  I was pale and bleary-eyed and my hair stuck out at funnier angles than usual as I collected Coco from preschool and Lucien from the bus stop.  Everyone was too polite to scream in horror but they sure did keep their distance.

In a feat of impressively bad timing, my three really sick days were also the three days I'd agreed to watch Seattle Mom's son while their nanny's on vacation.  The only thing harder than the flu with one three-year-old on the loose is the flu with two three-year-olds on the loose.  They really don't give a damn you don't feel well.

Whenever I come out of an illness, on that first day of being functional again, I feel invincible.  I can do anything!  Cure some cancers! Scale that mountain over there!  Karate chop a stack of boxes at Costco!  Macrame!

Unfortunately I didn't get a chance to do any of those things this time around because as soon as I felt better, Coco got the flu.  I discovered she was sick when she said, "Mommy, my belly hurts me" and threw up all over both of us as I read her favorite bedtime book.

I moved Lucien into the guest room so I could sleep in his bed on wheels (yes, wheels, we're stupid) to be next to Coco if she got sick in the middle of the night.   Those "on call" nights are rough.  I woke up every time she stirred and rushed to her side armed with a pan, a roll of paper towels and a bottle of Febreze aimed at her face.

My overreaction startled her awake.  She looked up at me with wide "What the hell, Mom?" eyes so I hushed and cooed her back to sleep.  But as I tiptoed across the room and climbed back into Lucien's bed, it rolled across the floor.  My delighted surprise woke Coco up again so I had to start over with the hushing and the cooing. 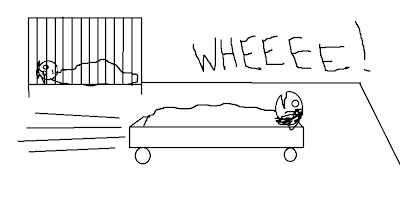 Let's get back to what I wanted to write about before the flu.

I went out with Seattle Mom last week to see the movie version of Les Miserables.  I, like many others, was obsessed with the musical in my younger days.  In high school I was sure I was going to play Eponine on Broadway.  To prepare for this, I walked around my house wearing a trenchcoat and looking sad.

Sometimes I laid down on the floor in my trenchcoat and sang "A Little Fall of Rain" over and over again, never tiring of dying in the arms of my beloved in such dramatic fashion.  Mom would walk past and I'd overhear her say to my dad, "Well, MJ's dying in the living room again." 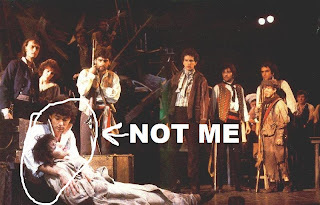 Years later, when I met Alex and discovered one of his middle names was Marius, my family agreed it was a sign.  Dad even asked the priest to say at our wedding, "Eponine finally got her Marius."  It was sweet.  I promplty donned a trenchcoat, laid down in front of the altar and sang my death song.  It was a really weird wedding.

The movie version was good.  It wasn't good enough to win me away from my first love, the stage production, but it was done well and made me cry a few times and isn't that what Les Mis is all about?  Eponine was pretty good but she's no me.

Seattle Mom and I met Contractor God and another neighbor, Funny Woman, for drinks after the movie.  Funny Woman just returned from a vacation in Mexico.  I can't see an ounce of fat on Funny Woman but she claimed her goal for Mexico was to erase the tan lines made by her "rolls" over the summer.

To accomplish this, she needed to tan in a certain position. She demonstrated for us there in the booth; it looked like she was lying backwards over a beach ball, rolling side to side and yelling, "COME ON! GET IT!"  It apparently worked so I wanted to pass the tidbit along in case anyone else had the same problem.

So Happy New Year to everybody!  Our New Years Eve was spent at a friend's house.  It's a long story, but the rallying cry of the evening was "FREE THE GUINEA PIGS!" and the party attendees ended up walking through the neighborhood carrying a bottle of champagne and a light-up disco ball. 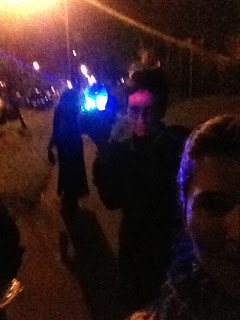 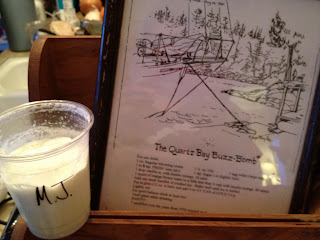 The annual party ends with the burning of the hosts' Christmas tree.  This tradition started in 1989 when everyone in attendance sat around and talked about how horrible their year had been.  It spiraled quickly from "1989 sucked!" to "Let's burn the Christmas tree, RHAAA!"

That 1989 Christmas Tree didn't see it coming.  It was dragged into the yard by angry New Years day revelers and burned on the spot.

It's a little more planned now.  Everyone gathers around the fire pit where the tree is dismembered methodically before it's thrown in the fire pit and burned to ashes.  Writing that made me feel creepy. 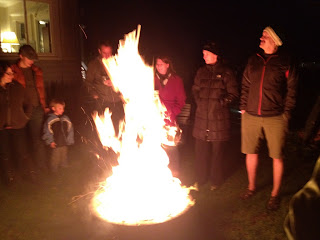 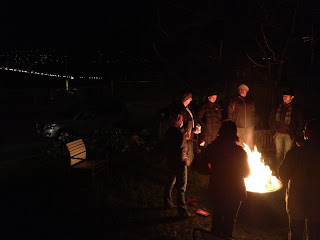 Lucien came to me upset last week.  He said Coco kicked him hard in the shins.  I asked Coco if she kicked her brother and she said, "No, I pushed him with my feet."  At least when she's sick, she puts the evil genius bit on hold.