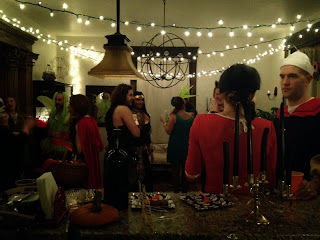 I love throwing Halloween parties.  Halloween is a holiday that doesn't take itself seriously.  The menu planning, the decorating, the wardrobe consideration -- all are more fun for Halloween because they're based on what's weirder/funnier/grosser and deliberated while eating handfuls of mini Snickers.

That's when the sound system crashes, annihilating the carefully constructed Halloween playlist, and the mixologist friend who was in charge of making the rosemary-infused Aperol punch cancels so I have to learn how to make it myself in five minutes-- and there's math involved because ounces and milliliters are different -- and I burn the last batch of my mummy wieners, and I realize we're hopelessly short on ice, and my "blood spattered popcorn" becomes "dirt spattered popcorn" when I drop half of it on the floor.

My Halloween costume was inspirational... 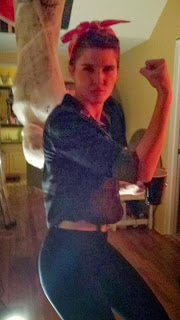 "We CAN throw a party," says Rosie

...but it didn't stop me from muttering "I'm never doing this again" while scooping handfuls of popcorn off the floor into my mouth and yelling at Alex to get up on a chair in the middle of the room.  Plan B for the missing music was him singing the playlist into a toy microphone.

A piece of bacon singing "Thriller."  Best party ever. 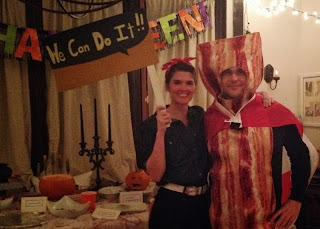 The sound system got its sh*t together and started working after the first people arrived.
Thankfully.

As soon as our friends started showing up, all party-throwing angst disappeared. 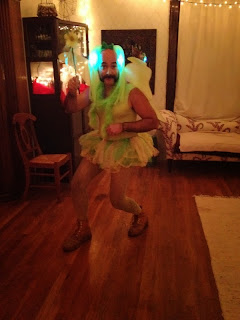 I could never regret you, Green Fairy. 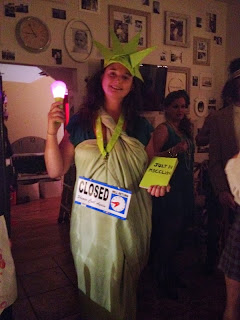 Or you, Government Shutdown. 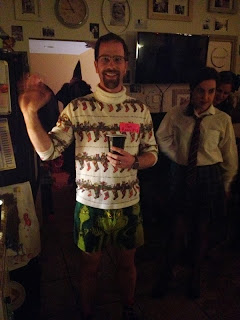 You're worth it, Early-Onset Dementia.

A sign of a successful Halloween menu is when guests not only won't eat the food, they won't stand within several feet of the table. 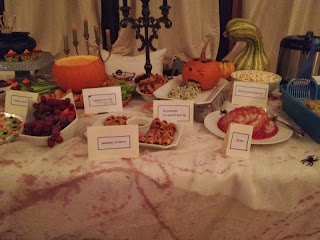 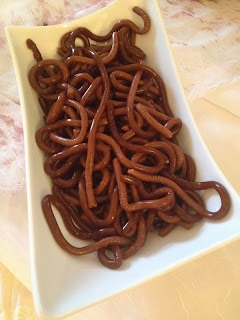 they don't want the worms 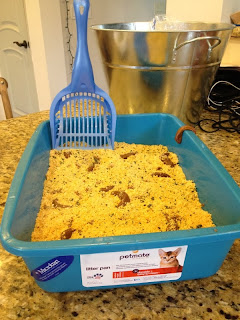 or the kitty litter 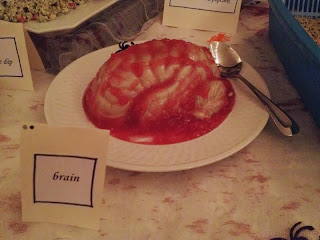 or the bloody brain

My sister -- I'll call her Raba -- recently moved to Seattle!  She moved here to be with her girlfriend, Zee.  They've since gotten engaged and we're all very excited.  I love those all-girl weddings. 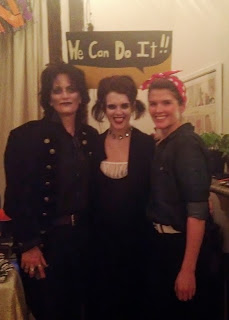 Yep, Raba and Zee are vampires. Get over it already!

Raba and I have always been told we look alike. One friend at the Halloween party talked at length to Raba not realizing she was my sister.  At one point he interrupted her to say, "It's so, so weird but you and MJ could honestly be twins."

He eventually found out we were sisters.  I think he was relieved by the DNA explanation but also a little disappointed -- because for just a moment, the world was a mystical and wondrous place.

It ended up being a late night involving dancing by the drunker guests.  In a profound moment of reconciliation, Contractor God showed up (he's alive!) and danced solo to "Rump Shaker." I decided to forgive him for abandoning our house project.  It's hard to stay mad at a middle-aged man twerking in your living room under a blacklight.

All I wanna do is zooma zoom zoom zoom and a boom boom. 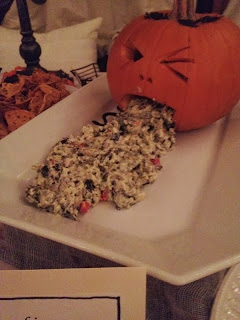 Have some pumpkin vomit

Halloween isn't just for adults. We shared it with the kids, too.  On Halloween we joined our circle of C.D. friends at the neighborhood cinema to watch Halloween cartoons, eat some dinner and drink some beers. 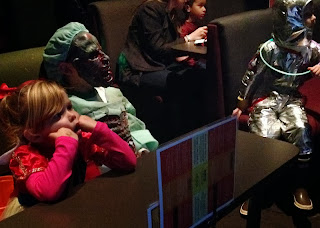 
Then we all descended upon the neighborhood.  Trick or treat chaos ensued. 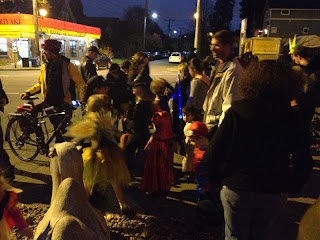 Here in the C.D. we cross streets in groups of 50 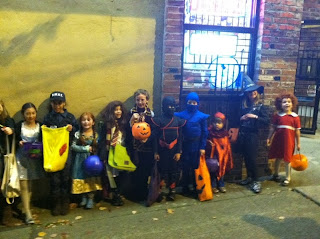 And take group photos in front of corner stores 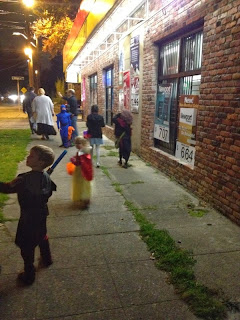 Hey, that's a pretty good deal on those packs of Newports... 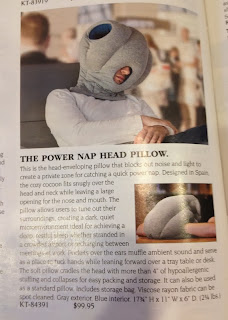 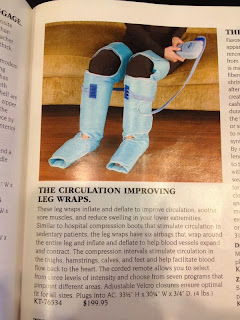 Either way, I'm wrapping that guy in something.


And lastly, this just happened to Oscar the schnauzer -- 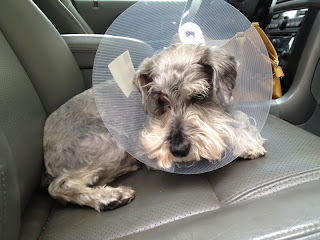 He had surgery on his eye and is now the most despondent animal on the planet.  Not only is he pain-medicated to the hilt, he can't navigate doorways with his cone.  He often catches the side of the cone on the door frame.  He then stands there frozen, confused, groggily swaying, and makes quiet whining sounds until I come get him.  Oscar's Halloween costume was misery this year.