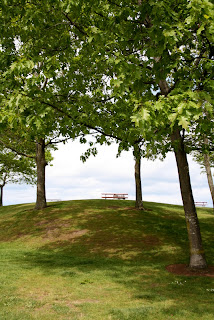 Did you enjoy my disappearing act?   Sorry if you thought I died.  No worries -- I'm fine, family is too, we've just been distracted by a big old house that needs a stupid amount of work.

But rejoice, for Banister Abbey is ours! We signed the closing documents this morning -- at 6:45 a.m. because Alex had non-stop meetings beginning at 8:00 a.m. and lasting until eternity.

Today we finally have keys to a goddamn house (though not THE Goddamn House, for which I still mourn). Our warrior real estate agent, who has been walking this road with us for a year and a half, is either going to miss us terribly or undergo a complex and dangerous procedure to wipe us from her memory.

It's been so long since I posted, I'm hopelessly behind and am going to have to let some really weird stories go.  In an effort to catch up just a little bit, here is an abbreviated version of recent events.  This is a very long post, but you'll likely not hear from me for another week because of the moving so I'm going to throw it all out there.

Prepare yourselves for the razzle dazzle. 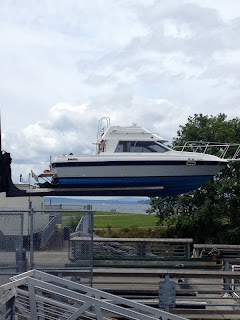 We saw a flying boat 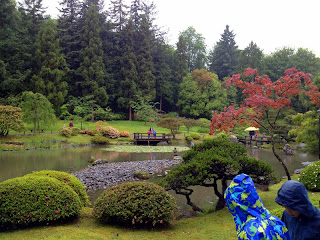 I chaperoned a field trip to the Japanese Garden in the rain.  My group left shivering with wet pants thanks to near-constant puddle jumping.  I am the worst chaperone ever. 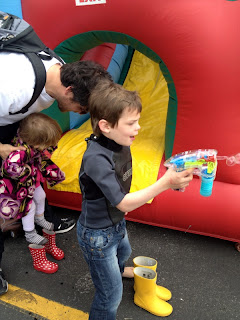 Lucien went to a fair in a wetsuit 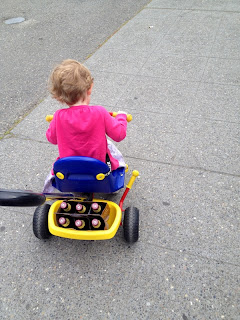 Coco picked up a six pack at the grocery store


We went to a very cold beach up in Edmonds... 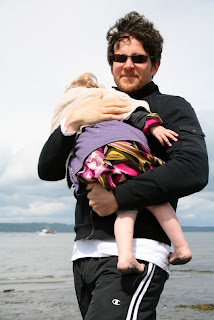 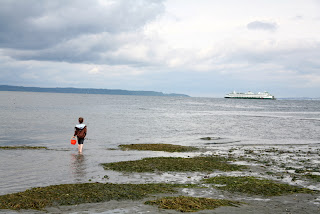 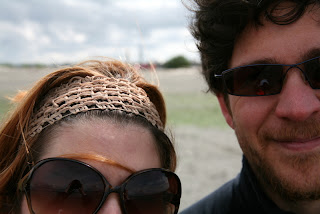 ..and took a very nice self portrait there 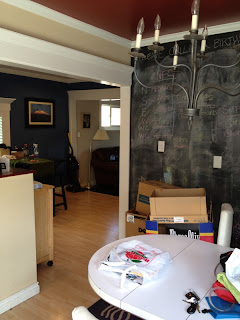 I went back to our old house.  I have a lot of feelings about that.
Another time. 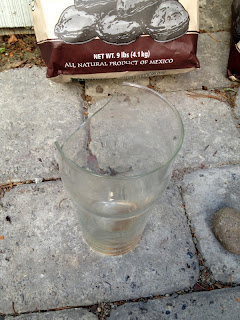 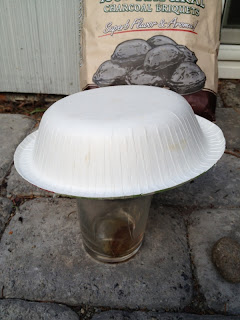 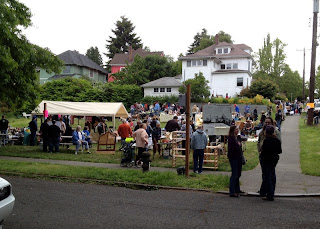 Saturday was official Capitol Hill Garage Sale day.  There were sales all over the place.  I scored a set of Fiestaware for cheap, cheap.  I also met a very distraught woman who was trying to finance her divorce through her sale.  I bought all her placemats and napkins and told her everything was going to be all right. 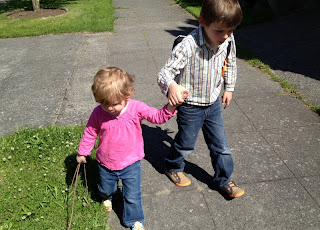 Lucien may be a hyper little thing but he indulges Coco's need to hold hands every day when walking home from the bus stop.


I went to see a show Saturday night with Seattle Mom and Supermodel Neighbor.  We saw Michael Hurley, famous old folk singer, at a neighborhood music venue which happens to be a bike shop during the day.  It was a hushed show amongst many bicycles.

Seattle Mom and I were supposed to meet Supermodel Neighbor inside.  We got a little worried as we approached the front door, however, because it appeared to be a very subdued show and we were not in a subdued mood.  We became increasingly concerned when we met a hipster outside who dreamily said "Hurley's like a bird sitting in your hand; you don't want to startle him because he might fly away" because Seattle Mom and I are definitely the bird-startling types.

We jumped up and down a few times to expel our rowdiness and went inside.  I liked Michael Hurley very much, especially the song where he repeatedly begged us to stop kicking his dog.  Supermodel Neighbor only had to tell Seattle Mom to "settle down and listen to the music" once.  All in all, a success. 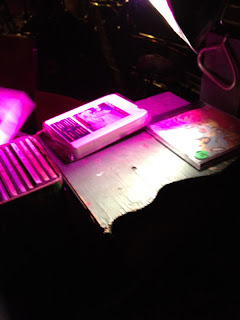 My parents and my sister are on an adventure in New Mexico right now, an adventure which has apparently involved some getaway-style driving and some breaking and entering at Georgia O'Keefe's former ranch.  I'm not sure what the hell they're doing down there, but they appear to be causing trouble, and I wish I was with them.