This post is dedicated to things that are fabulous. 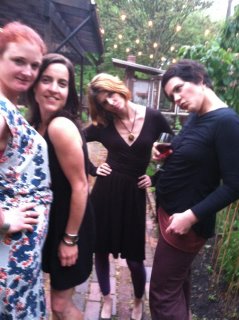 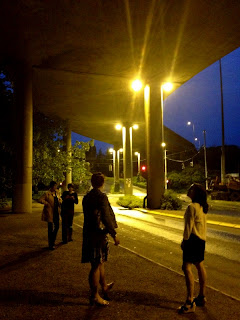 Hanging out under overpasses, we are fabulous. 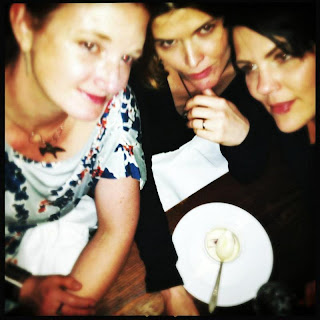 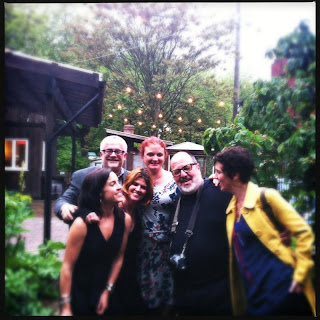 This next fabulous thing is controversial, judging by how many people told me they hated it last time I wrote about it.  Here goes anyway. 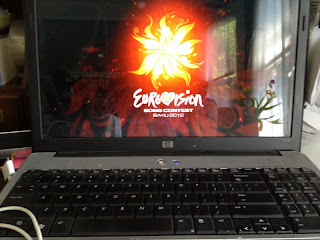 I planned to throw a Eurovision party every year after our return to the United States.  Unfortunately, our current 900 sq-ft. rental did not suit my big plans.  Next year, hopefully, our living arrangements will be more agreeable.

Instead of throwing a fabulous party this year, I watched the Eurovision finale with two two-year olds -- 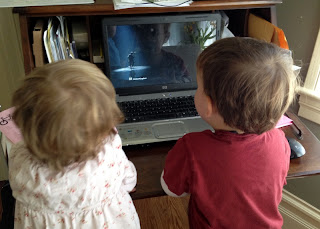 They're watching Engelbert Humperdinck sing for the U.K.
Yes, really.

The two-year-olds were enthusiastic fans for thirty seconds, at which point they wandered off to eat Play-Doh and left me dancing to the eurotrash ear bleed by myself.

The Russian entry was fabulous.  They came in second place--


Those grandmothers can really sing a dance tune.  Plus, they bake cookies.  Onstage.  HOW CAN ANYONE HATE EUROVISION WITH COOKIES ONSTAGE? 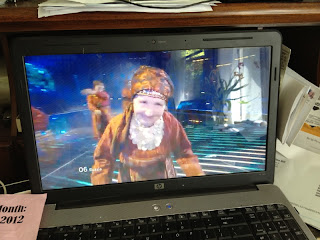 Sweden won this year.  I did not like the song but it's so horrifyingly catchy I'm still singing it.  Without the benefit of a head full of beautiful dark hair and a wind machine, it doesn't have the same effect in my shower.  I've really got the Karate Kid choreography down pat, though.

Banister Abbey is fabulous, too, but a potential problem with the sewer line emerged during our inspection.  We asked the seller to get the sewer cleaned and re-inspected.  He said "no." That was not fabulous.

We decided to pay for the cleaning and re-inspection ourselves.  Al and I were not yet willing to walk away from the house but needed to know what kind of problem we were facing before making our final decision. (Verdict -- not serious enough of a problem to sway us from our course.  Onwards, comrades!)

The rooter man was fabulous with twinkly eyes and a happy smile. He rooted the hell out of that sewer line and eventually cleared the blockage.  He warned me to stand back as he pulled his rooter line back out, saying the line would probably bring up "material."

It brought us some "material," all right.  Condoms.  Lots and lots of condoms.  Banister Abbey may look like a lady, but she's got a wild side.

Which brings me to the seller of Banister Abbey.  He's not our favorite person at present given his reluctance to negotiate anything, but there's no question he's fabulous.  He's a stylish man, oftentimes wearing hats perched at jaunty angles on his head.  He's a football coach -- I won't say where -- in the Seattle area.  Banister Abbey has been in his family for fifty years.  From the work he's already done on the house, we can see he has very good taste.  Thanks to rooter man, we also know he gets laid a lot.  And that is fabulous.

Last but not least, the job of a rooter guy is fabu -- well, I hope the pay is good at least.