Carpe Diem or else 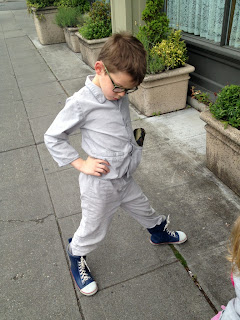 Lucien has glasses now.  He began striking poses like this as soon as we picked them up.  He seemed to understand having glasses of this magnitude immediately turned him into an emo indie rocker.

(It was also "wear your pajamas to school" day.  The glasses/pajamas/rain boots combination seems to point in only one direction -- The Loosh has gone hipster.)

Track is over.  At our final meet, Lucien came in 7th place out of 8 kids in his first race.  I prepared myself to comfort him but he skipped up cheerfully, deposited his 7th place ribbon in my lap and said, "Well at least I beat that really slow kid!" I am thankful Lucien is buoyant and optimistic by nature.

We had to wait a long time for his second race, as is customary in track meet purgatory.  Lucien spent most of that time pawing through my bag (and his friend's mom's bag) for snacks.  We warned both boys that eating too much before a race was a bad idea.  They didn't believe us and continued to inhale Goldfish crackers as if they were the last Goldfish crackers on earth and people were coming to take them.

When the starter pistol fired, both our boys took off running but within a few seconds began clutching their sides with surprised looks on their faces.  They lurched down the track like tiny Quasimodos in sneakers.  I could hear Lucien muttering "Ow ow ow ow ow ow" as he passed at a slow gallop, arms wrapped around his stomach.

His coaches and I laughed so hard we cried.  It was delightful.  Lucien finished 8th out of 8; his similarly stuffed friend barely eked out victory over him in the "full stomach" division.

I tried not to say "I told you so" but failed.  Lucien said, "Mom, it had nothing to do with the eating, my sides just started hurting really bad and I think I need a doctor."  Then we all laughed at him again and he looked hurt and confused.  Character building!

We're currently taking bids for the exterior project we're hoping to complete this summer.   We've met with several contractors and their bids have started to come in.  It's difficult to compare the bids because each contractor has a different idea about what needs to be done and how best to do it. The issue is not just about the bottom line anymore but also who is most likely to know what the hell he's talking about.

First contractor:  "Hardi-plank siding is the only way to go."
Second contractor: "Blasphemy, nothing but the finest fir boards will suit such a house."
Third contractor:  "This house must be sided in unicorn teeth."
Fourth contractor: "We must bulldoze the whole thing to the ground and start over."

We're comparing apples to oranges over here.  How are we going to decide?  Are we going to rely on gut instinct?  Spin a wheel?  Throw a dart? (not at the contractors themselves -- though that would be another way to weed them out, by testing their reflexes.)

I've been looking at catalogs again.   I think Restoration Hardware is becoming too pretentious for its own good. 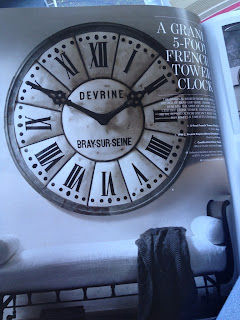 For example, this clock.  I liked it quite a bit until I read it was non-functional.
This giant clock doesn't work but still costs $1100.
That's dumb.
(Unless you're a big fan of 1:50) 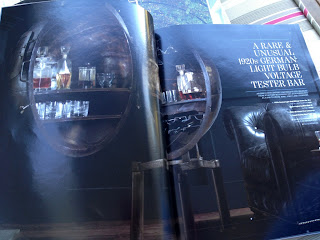 I admit, this next item is useful if you really want to beat a message over your guests' heads -- 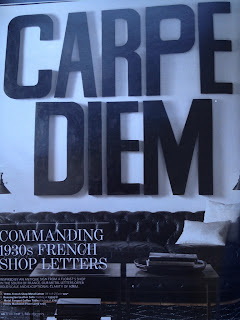 When you're in my house, YOU WILL SEIZE THE MOTHERF*CKING DAY

Lucien had a really bad day at school recently.  The teacher wrote me a note and said it had been a hard one, that he'd been in trouble all day and seemed really out of sorts.  I sat him down for a heart-to-heart, asked him to put some words to his feelings to explain why it had gone off the rails.

He's quite articulate, my boy.  He started in on his list: he's frustrated because he's having a hard time with reading and feels stupid, one of his friends made fun of him and that made him angry, he's mad at me for being so hard on him lately,  it makes him feel sad and frustrated when I yell at him even though he's trying his best to be good, and he feels so frustrated with how wound up he feels he just wants to scream.

It was a lot of feelings for a little boy.  He let them all out while burying his face in my shoulder and crying.  He felt better afterwards, as do we all after a good vent session.

*Lucien doesn't realize people say bad things about Presidents because he doesn't have a Facebook account yet.

There's one thing I know for sure, my child:
Don't run on a full stomach,
MJ

I forgot to mention -- 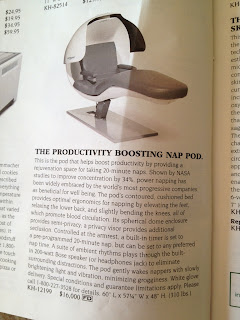