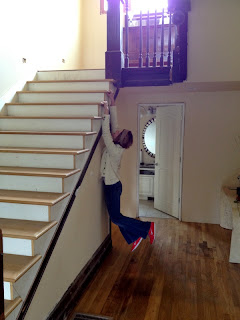 We fell in love with our house at an Open House exactly one year ago.  It lacked a banister and several other important house parts at the time.  We've gotten a lot done but it's far from finished.

Now that I think about it, it's still missing a banister and several other important house parts.  Well damn.

Let's quickly re-focus on how far we've come instead of how far we have to go or else I'm going to hit the bottle at 9 a.m.

Our most recent success concerns the pocket doors leading into the parlor. Our trusty team found, pieced together, refinished and reassembled the many, many pieces of the doors over the past year.  Several pieces were rescued from the garage where they were found stacked in crappy condition.

The refinished and ready-to-install pieces have been on the parlor floor for six months as other projects took precedence and we lost all our contractors.  Contractor Smiley eventually arrived to save the day.  There were piles of Christmas tree needles under the boards when he moved them. 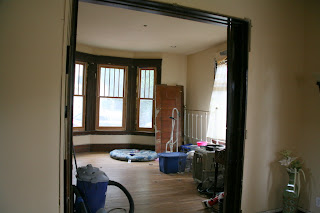 Doorway before -- at the Open House 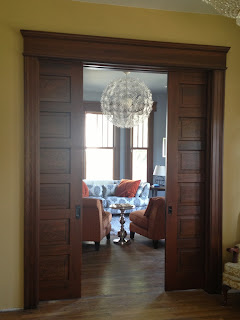 Let's do that again that was nice. 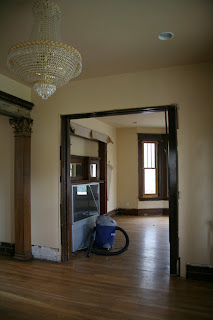 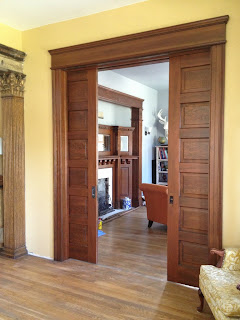 The family room before, at the Open House -- 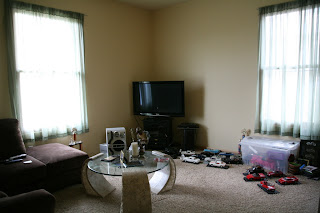 I cannot put into words the smell of this carpet.
But I will try -- "wet peeing dog goat" 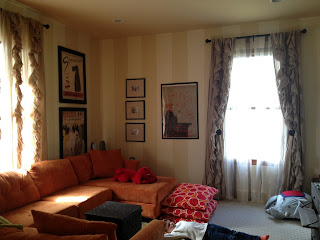 painting those stripes nearly did me in 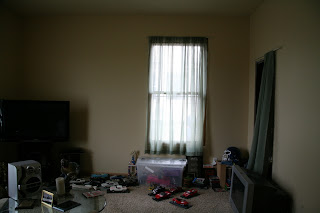 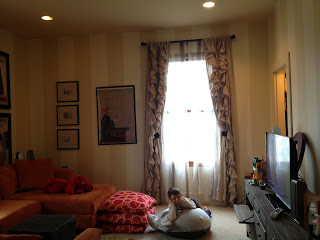 See that glow to the right, coming from the (previously creepy) closet?

It's a kid reading nook now -- 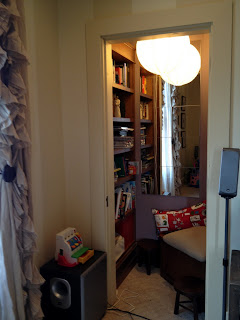 and there's toy storage in the other closet -- 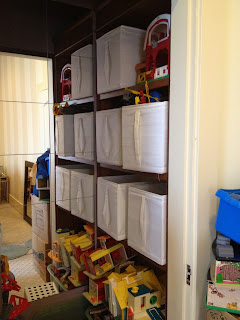 Dining room before, at Open House -- 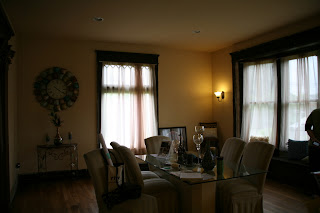 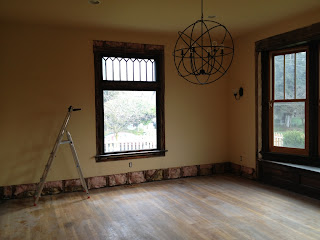 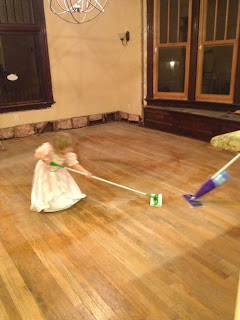 We taught the kids a game called "Swiffer Chase and Fight."
Suckers.
(Coco played in her princess dress, of course) 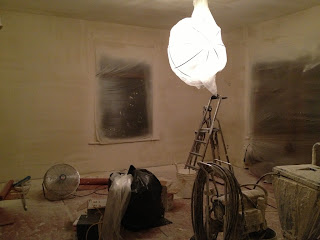 after all the chaos, here's the dining room today-- 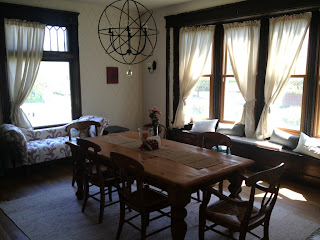 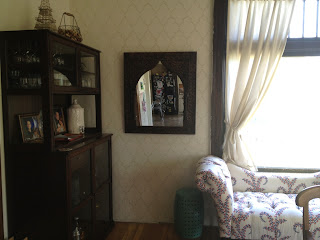 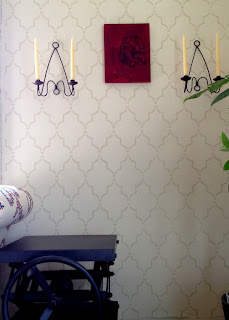 stenciling that back wall nearly did me in

As for other spaces, we're finally enclosing our laundry area -- 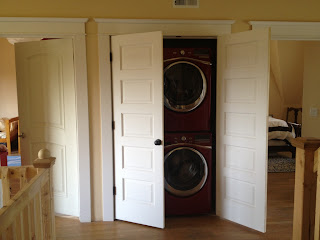 This corner on the second floor has not been empty since we moved in.  It has always collected moving boxes or construction equipment or house pieces of some kind.  And yet here it is now -- 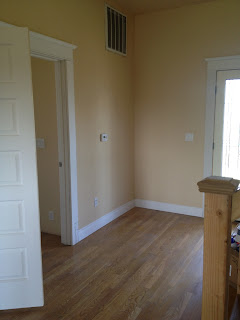 just trust me, it's a big deal

We are currently taking bids for an exterior project we're hoping to complete this summer.  Thinking about it got me nostalgic for all we've been through with the exterior already.  Here are some incomprehensible photos to illustrate my thoughts -- 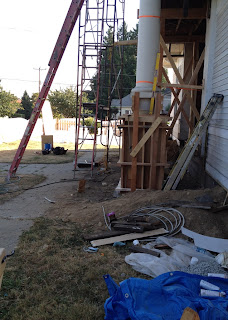 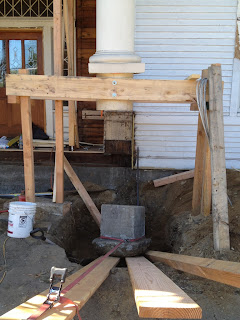 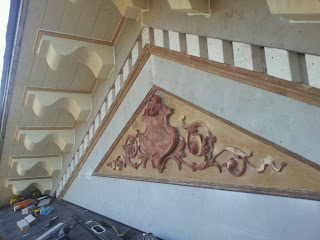 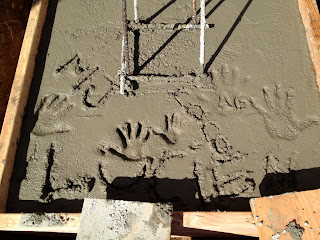 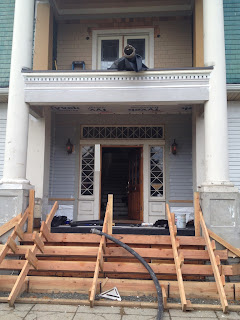 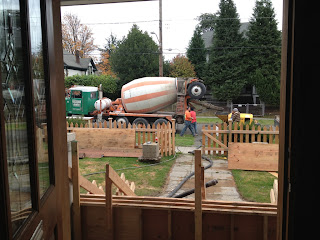 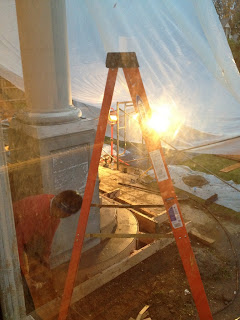 All that trouble was to turn this... 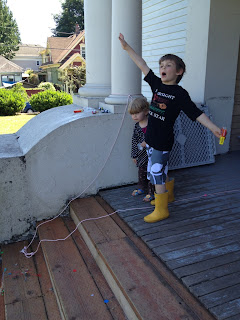 the questionable front entry when we moved in 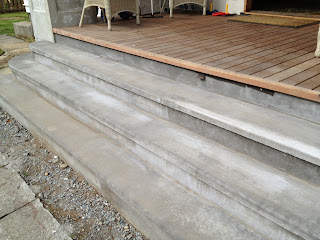 (and also to prevent the front of the house from crumbling into the ground because it was apparently built on mesh and sand.)

Alex and I often wonder: if we'd known then what we know now, would we still have bought it?  Some days the answer is a screaming "NONONONONO" while ripping out fistfuls of hair but the vast majority of days the answer is "hell yeah love this damn thing."

You are a ridiculous house, Banister Abbey, but you're part of the family now and we will carry on restoring you to incredibleness.