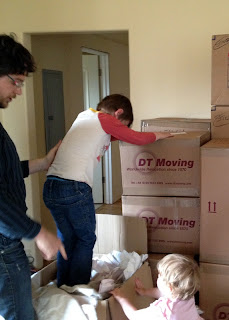 We've been living with boxes for weeks.  First it was the unpacking of them, then it was the breaking down and stacking of them.  They occupied most of the floor space.  We had a path between the boxes so we could get to other rooms.

I began listing the boxes for free on Craigslist and other list serves and I asked anyone within yelling distance if they were moving soon, please, please?  Getting rid of boxes became an obsession.  And little by little, the boxes went away, so there was joy throughout the kingdom.

Yesterday I sorted all the kids' clothes that were in storage.  I divvied them into a "donation" pile and a "things I love so much I must keep for no damn reason" pile.  The donation pile grew very large.  Later, Alex asked me what was wrong when I stomped past him grumbling.  I said, "I don't have anything to put these things in; I need a big box."

Al looked at me with an undefined look.  I think it can best be described as "frustrated by irony."

Goes both ways, buddy -- Alex is on my last nerve.  When he gets too warm in the middle of the night, he tosses the covers off.  But he doesn't kick them down to the foot of the bed or pull them off the bed completely -- he throws them aside, directly onto my unsuspecting and sleeping body.  I wake up half an hour later under a mountain of blankets thinking, "Why am I sleeping in a sweat lodge on the Equator?"

I guess I should look on the bright side; we finally found our sheets and blankets. Up to this point it's been sheetless beds coupled with bath towels.  I'm grateful the prodigal sheets have returned along with the prodigal schnauzer but I probably should have kept the box they were in. 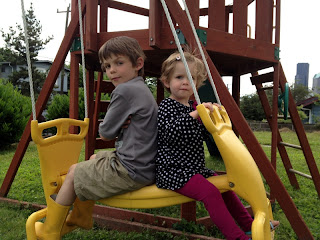 There will be several future posts dedicated to the people of my neighborhood.  We've moved into crazy town, mostly in a good way.  Our neighborhood is full of characters.

Two of my favorites are Angel and Dorita.  Angel and Dorita are cousins of Mr. Cool and used to play hide-n-seek in the attic of Banister Abbey.  They live in the area and walk in front of the house nearly every day.  They first saw me standing outside Banister Abbey with Supermodel Neighbor discussing fence design ideas.  I ran across the street to introduce myself when I noticed they'd stopped and were staring at the house.

Now we're friends.  As they say, sometimes in unison, "We like you cuz you friendly, girl!"  Angel and Dorita are a fast-talking comedy duo the likes of which I've never seen before.  I've never left their company without a smile on my face and a stitch in my gut.  Now when they walk past, they stand outside Banister Abbey and yell, "MJ!  YOU IN THERE, GIRL?  COME TALK TO YOUR FRIENDS ANGEL AND DORITA."

One time the door was open so they came up on the porch.  I was standing in the dining room looking at a rather large wooden chip-n-dip tray I'd just purchased.  I was thinking to myself it was way too large.  When I used it, it was going to look like my chips and dip floated into the party on a piece of driftwood.

When I saw (more heard) Angel and Dorita on the front porch, I asked them, "Hey, is this thing too big?" and Angel said, "Aww hell no, girl, I LOVE me a giant chip-n-dip."  Then I laughed very hard because that's just the most delightful thing I've heard in a long time.

Another time, when discussing their childhoods in Banister Abbey, Angel said, "We used to play hide-n-seek up in there.  Or as I used to call it back then, 'hide-n-come-get-it-cutie.'" Then I said, "Umm...how old were you when you played this?" and she said, "First grade" and then I said, "Wait...what are we talking about?" and then they laughed.  I don't know what was going on with that one. 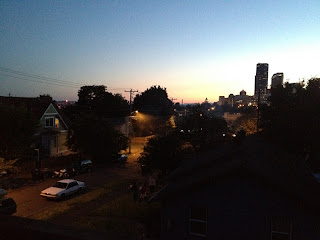 The other neighbor I'll mention today is Widower Peter.  Widower Peter lives in a house even bigger than Banister Abbey, all by himself, directly across the street.  He's in his mid-to-late-seventies, an Englishman, with a wonderful accent he's retained even though he's been in the States over forty years.  His wife (whom he calls Precious Wife) passed away last year.

Even on the few warm days we've had, Widower Peter wears a full suit complete with tie and newsboy cap.  He doesn't have many teeth left and has a hard time staying on topic, but he's already adopted us as a second family.  I foresee many long-winded and rambling conversations in our future.

Widower Peter loves to talk about Precious Wife.  One of our more memorable conversations took place on the front lawn of Banister Abbey.  He very much wanted to share with me the three things that make a marriage great.

The first thing was "togetherness."  The second was "give-and-take."  The third one was..... dang, Widower Peter couldn't remember the third one no matter how hard he tried.  We stood there for awhile and it went like this:

I said that would be fine and walked away fervently hoping Widower Peter was about to stand at his front gate and yell "MIND-BLOWING SEX" in the direction of my house. 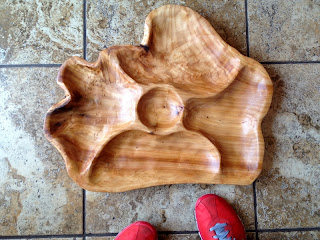