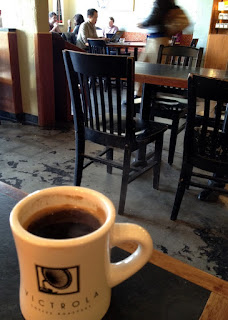 I had some time to kill yesterday between grocery shopping and picking up Coco so I stopped at one of my old favorite coffee shops.  The difference between coffee shops in Seattle and cafes in Paris is that there's angsty music playing in coffee shops and every single person is staring intently at a laptop.  No one even looked up when I spun in circles to dazzle them with my coat.  Harumph.

The coffee tasted like Seattle.  It tasted like hot memories ("hot" as in temperature, not as in sexiness.  Hey, that makes me wonder, does anyone have any sexy memories involving coffee?  If so, please share because I don't understand how that would work.)

As I got up to leave the coffee shop, I saw an old friend sitting at the table directly behind me.  We looked at each other in confused silence for a second, then realization dawned and there was joy throughout the kingdom.  He broke into a big grin, spread out his arms, and said my current favorite words in the English language: "YOU'RE BACK!!"

I love our Seattle friends.  I wasn't sure I would still like them when we returned but for the most part (we won't mention that one guy) I do.  My vision of a huge Welcome Home House Party didn't work out, mainly because we don't have a house and that appears to be a crucial part of the plan.  So we're seeing friends little by little, in small clumps, which works out better anyway because it prevents us from passing out from the emotions. 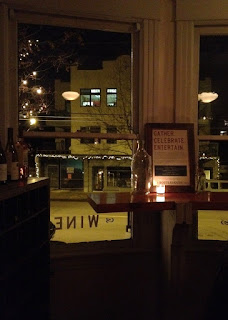 We met a small clump Tuesday night for drinks, laughs, and, unfortunately, some farts.  Farts led to more laughs, though, so we didn't mind.

You hear it said all the time, but with real friends, time apart doesn't change a thing.  You just sit down and pick up in the middle of the sentence, right where you trailed off three years ago.  We must have left in the middle of a very raunchy sentence because that's where we started again. 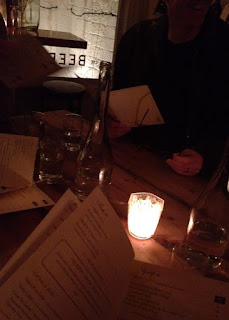 ...so where was I.... oh yeah, so about balls....
Not related to balls, but I'm thinking about joining the PTA.  The idea is scary.  I never thought of myself as a PTA member, and am picturing meetings with a perfectly coiffed blonde woman named "Muffy" wielding a gavel, but I'm pretty sure it's required to live in the U.S.A.  As long as they never ask me to bake anything, we should be good.

You know what else is good?  Amazon Fresh, the grocery delivery service.  It's not that I mind grocery shopping in Seattle, where everyone smiles at everyone and there's plenty of room in the aisles, but I've found it difficult to schlep a dozen heavy bags from our car in the parking garage up some stairs into the elevator and then down the hall to our apartment.

There were a few close calls when Coco got on the elevator without me as I tried to round up grocery bags.  The doors started to close before I was ready so I shrieked a little -- "my baby!"-- but Coco just waved goodbye at me.  I got my foot in the door just in time and I swear that girl looked disappointed. 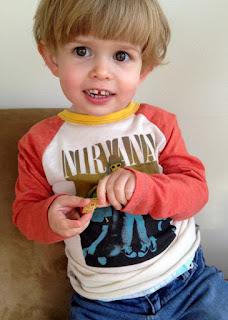 My Paris baby is a real Seattle girl now.  The proof is in the shirt.
So yes, grocery delivery is sometimes the way to go.  A nice guy delivered my most recent order.  He frowned as he handed me the bag containing a gallon of milk and some apples.  He said it was a "shoddy bagging job" so if any of my apples were bruised, I should call and they would deliver me some new apples that would be the very definition of apple perfection.

I laughed out loud.  It was funny he cared that much about my apples.  In Paris, they wouldn't have cared about my apples.  They probably would have stacked eggs and precious family heirlooms on top of my apples, then bulldozed the whole damn pile out of their way because they had places to be.  Then they'd say, "Oh yeah?  Your apples are bruised?  Suck it up, p*ssy, life's hard" as I shrieked "My apples!  MY APPLES!" 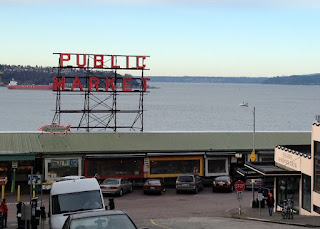 Lucien's gym teacher approached me to introduce herself yesterday after school.  She said Lucien recently asked her if she'd ever been to Paris.  When she said "Yes," he asked her if she knew his street?  His old school?  His friend David?  Did she jump on the trampolines in the Tuileries?  If she went again, could she bring him a pain au chocolat?  Gym teacher chuckled and said Lucien is "just the sweetest kid."  Then my heart exploded.

Now that we're settling into some kind of daily routine, I'm finally checking items off my to-do list.  I have several friends who, after being told what I've done in a day, have exclaimed, "Wow, you're really gettin' stuff done!"  Since several have now said this, I can only assume my friends have held many secret meetings in which they discussed my inability to ever get anything done, including rolling out of bed and putting my shoes on the right feet.

I'm gonna blow their frickin' minds when I register the car next week.

May all your apples be bruise-free this weekend, posse,
MJ
Posted by MJ at 1:44 PM