Or maybe it's because of the bus.

After the near-flawless (if you don't count all the strikes) Paris metro system, the Seattle bus system isn't measuring up.  Seattle's public transportation is a little less glamorous, a little less polished, a little more flannel-filled than in Paris.  But we don't care about that -- the problem is Alex's bus has an attitude problem.  It may get him to work on time today, but if it doesn't feel like it, it sure as hell isn't getting him to work on time tomorrow -- 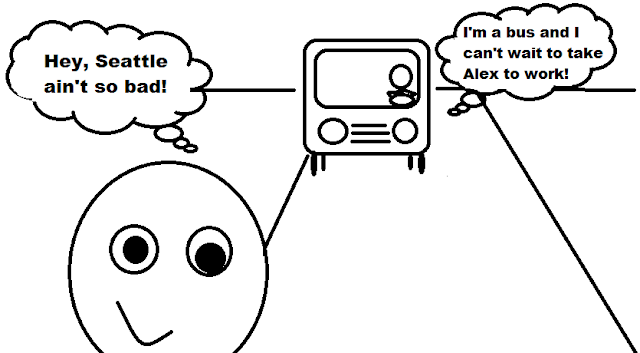 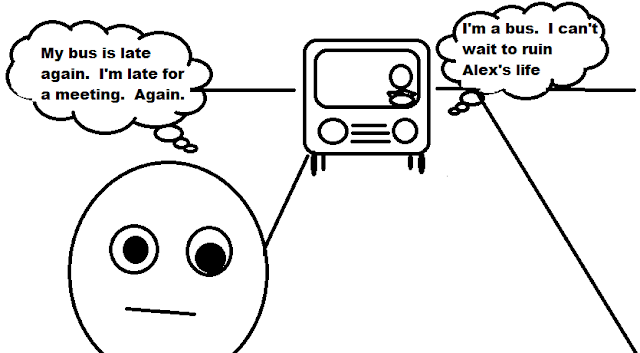 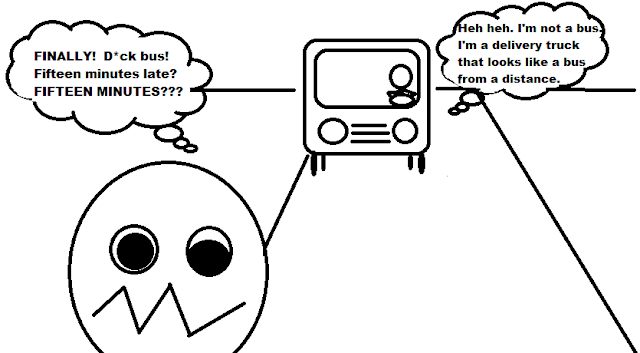 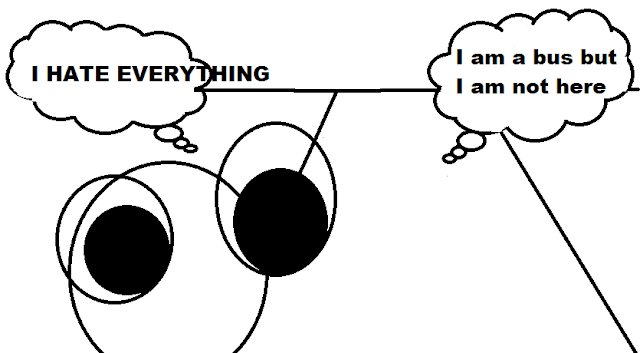 We swore we'd be a one-car family when we returned.  That resolution may not last long because I'm worried about Alex's mental health and my children's vocabulary.  Even if I'm in the shower (a rare occurrence these days because....I mean, why?) with lots of water hitting my ears, I can still hear a long string of expletives from the other room and know the bus is running late according to the "just how late IS your bus?" bus tracker online tool.

So I yell from the bathroom, "ALEX, PLEASE WATCH THE LANGUAGE!  THINK OF THE CHILDREN!" and Lucien pops his head around the corner to say, "He can't help it, Mom.  It's that goddamn motherf*ckin' bus again."

(To those who are going to say Alex should get his butt out of the house earlier, I say "back off, kind sir."  Mornings are the only time Al has with the kids; they are not going to let him leave a second earlier than he absolutely has to and that's the way it should be.)

I've suggested Al buy a new bike since his other bike has gone into deep freeze storage with our Paris stuff until we find a house to buy in this town.  He liked that idea.  Fingers crossed his new bike is always on time.

But this brings me to another point about Alex.  Unfortunately, whenever Alex is pissed off at something not at all related to me, he seems to think it's related to me and I owe him an explanation and a solution.  He suspects I'm part of a grand universal plan to make him miserable.

"I was late to a meeting yesterday because the bus was late," is said with a slightly accusatory tone that means, "I know you are in control of the bus, woman, you are fooling no one."

"I can't find my keys," is spoken with an undercurrent of "I know you took my keys."

"Where is my important work file?" is said with a suspicious look that says "You are attempting to destroy all I've worked for by hiding my important documents."

To my knowledge, I have never been the true cause of any of these problems (she says as she hides her Seattle Metro transponder and her "where to hide Alex's documents so he will never find them" study guide.)  I don't understand my Al sometimes.

Man, I really don't get these people.  Thankfully I'm on the same page as Lucien.  When he insists on eating dinner with his pants off because that's the way dinner should be, I'm like, "YES!  EXACTLY!"

Hey, good news.  One of our Presidential candidates has finally mentioned a pressing issue, one very close to my heart -- establishing moon colonies.  Finally, someone's got his finger on the pulse of the important issues affecting everyday Americans.

Mama's night out tonight with the ladies.  Don't wait up, Al -- going to be a late one because I'm searching for new and exciting places to hide your stuff,
MJ
Posted by MJ at 5:05 PM